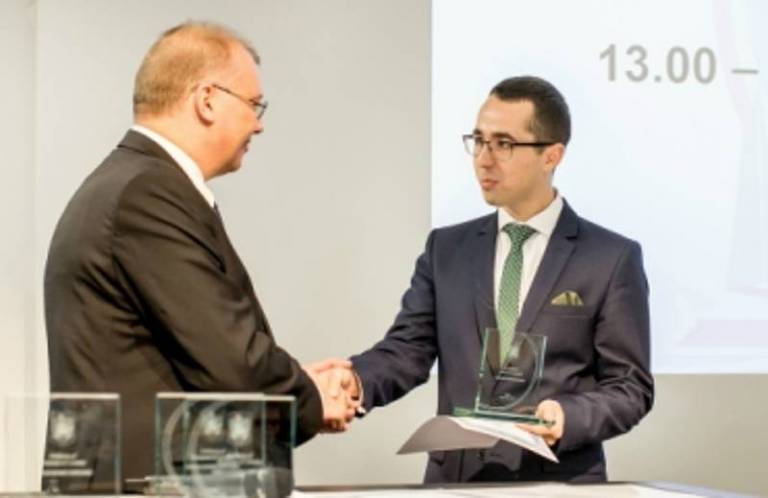 UCL Computer Science student Andrei Margeloiu has been awarded the Ambassador’s Diploma for Undergraduates by the Romanian Ambassador to London.

Ambassador Dan Mihalache presented the award to Andrei during the Conference of Romanian students, which was held at UCL on Friday 3 November 2017. The award is given to one Romanian undergraduate student in the UK who has achieved a distinction in their academic results for that year.

Andrei said: “I feel honoured and proud to be awarded the Ambassador's Diploma for Undergraduates. Winning this award has made me truly happy and grateful that my work over the past year has been appreciated to this extent.”

“It nourishes my desire to keep improving my performance. I'm aware that there are many extraordinary students who could have been in this position. Hence, the award makes me realise how many things are to be improved and the work involved to acquire them.”

Andrei has been a top performer since commencing his BSc Computer Science in 2016.

He received a UCL Faculty Undergraduate Scholarship for Excellence in 2017 after being ranked as the best first-year student in the Engineering Faculty.

In April 2017 he was a member of the youngest qualifying team in the world finals for Hash Code, a team programming competition organised by Google.

The Department of Computer Science congratulates Andrei for his achievement and wishes him the best in his future endeavours.