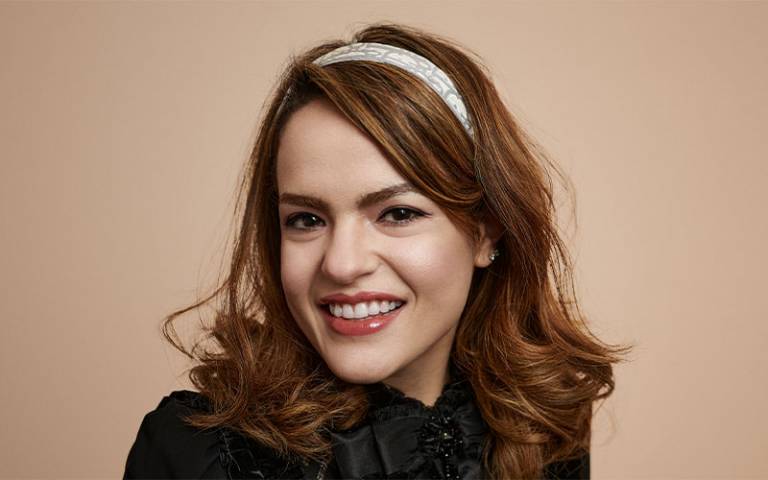 What did you study at UCL CS and during which years?

Where were you based (which building)?

Do you hold any other roles or associations with UCL or UCL Computer Science?

I am an Honorary Associate Professor of UCL.

What kind of things are you currently working on?

I am the Data/AI Technology Practice Lead at Google (UK&I), AI Principle Ethics Fellow at Google, and conduct work on the Interplanetary Internet on Google Cloud with Vint Cerf. My continuing academic work is at UCL where I serve as an Honorary Associate Professor of Computer Science. I am also a guest Lecturer at University of Oxford, and a member of the Technology Board of Founders4Schools.

Founding the UCL Society of Women Engineers. I was very pleased to have brought together women engineers from across UCL and provide them with career and professional development training, financial support, personal coaching and more.

Do you keep in touch with UCL, through events, activities, keeping up with news, etc?

Yes. I follow the events from UCL, research developments and also deliver talks at the University.

I would like to see more alumni being invited to meet and deliver talks to UCL CS students.

How did you get from graduating from UCL CS to where you are now?

During my PhD, I did a lot of unconventional and spontaneous things; I founded the UCL society of women engineers, was a visiting student at MIT, and did multiple internships. It was exhausting. And guess what? With the exception of writing a thesis as high as a doorstep, it was the most satisfying and fascinating years of my life.

At my graduation, I remember the feeling of excitement and possibility, mixed in with lots of uncertainty. I attended my ceremony with my husband, and my best friend “the imposter syndrome”. I didn’t know where I would fit in best or contribute most. I would be excited about something, and that excitement would move to something else minutes later. At that time if I were to describe myself as a function, that would be a decaying sinusoid.

It will take you a while to know the “what to do” and where. And that is normal. The internships, the education and knowledge that I acquired while pursuing academic research has paved the way for me to be where I am.

In today’s technology scenario that changes so constantly and innovations emerge on a daily basis, it is paramount that one must be able to bring knowledge from academic research to corporate practice and vice versa.

What is one achievement you are particularly proud of?

Winning 15 awards while studying at UCL, including prestigious awards from Google, Intel, EPSRC, IBM, Mckinsey & Co, and Heidelberg Laureate Foundation, amongst others.

Do you have any advice for fellow alumni who are starting out on their career path?

Marie Curie once said: Nothing in life is to be feared, it is only to be understood. Now is the time to understand more, so that we may fear less. I have learned that there is no such thing as failure. You will realise it was life moving you to a better direction.

Fall but fall forward, as I did. Don’t be afraid, be comfortable in your own skin, uphold your values, your culture that will help you when it's time to fight for the job you want, for that promotion, and for the kind of society you want to live in.

What would you do for a living if you changed your current path?

I cannot see me doing anything else other than engineering.

What did you want to be when you were a younger?

Since the age of 7 I wanted to become an engineer. I remember myself taking toys, radios and computers apart to see how they worked and if I could improve them with a little invention. That unfortunately upset many people who used to give me toys, and they started giving me just socks or clothes as presents. :D

Do you have a favourite quote, motto or advice that you live by?

Do you know other languages aside from English?

Tell us something you like about being in London

The cosmopolitan atmosphere and the diversity of people and culture

Sushi Samba for sure!

Tell us one interesting / random fact about yourself

I have 6 names and three nationalities

Find out more about UCL Alumni benefits and community

Organise an event or reunion

If you have any questions about activities or events within UCL Computer Science, please contact us.

Gifts from alumni and friends are transforming lives through world-class research, improving UCL’s resources and buildings and giving the next generation of students the opportunity to study at UCL no matter what their circumstances.