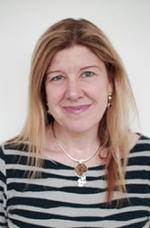 Since childhood, when I decided I wanted to do medicine.

And where did you study?

How did your career develop after you graduated?

Well it’s been quite interesting!
I qualified in 1988, and never considered a career in research when I qualified. I always wanted to be a hands-on clinician. I like talking to people, and caring for them, so that was one of my drivers to do medicine because it really played to my strengths as a personality and also suited me intellectually.
When I qualified, I did all the rotations in medicine and slightly lost my way career-wise in the early 90s, mostly because I really wanted to do infectious diseases and tropical medicine, but was persuaded away from the speciality as several senior colleagues told me it was ‘too competitive’ and genitourinary medicine (GUM) was a better option.

And what happened next?

A few hiccups with GUM jobs in the UK, so having been to Australia before (and loving it), I applied for a job in Australia, intending to go for a year… but didn’t come back for nearly 18!
When in Australia I did a year of GUM, confirmed it wasn’t for me and returned to infectious diseases training in Sydney. One of my jobs, in 1999-2000 was as Senior Registrar in HIV and infectious diseases at St Vincent’s Hospital. Professor David Cooper, head of the Immunology, infectious diseases and HIV service at ‘Vinnies’ and also one of the leading global researchers in HIV, subsequently asked me to come and work with him at the University of New South Wales. So, I ended up in research rather by accident and entirely because of David. What was great about the job was the international flavour of the work, coordinating a number of big projects globally. I also held a Consultant appointment at the hospital from 2007, with on-call commitments which made it a bit of a juggle, but I really enjoyed that time, as I had the best of both worlds.
And then for personal reasons I decided to come back to the UK. I never planned it… sometimes, you have a certain idea of what you want to do but opportunities come your way. I worked for a boss who thought that I would be a good researcher and he changed my career path. But a lot of the attributes you need to be a hands-on doctor, and be successful at that, are the same attributes that you need to do research well. It’s collaboration, team spirit, energy, drive, tenacity, and being a little bit obsessive compulsive. It’s not about brilliant ideas. There’s lots of brilliant people having brilliant ideas. It’s about how you can make those brilliant ideas happen in practice, which is very different. I think some people think that you’ve got to be some kind of genius, which is just not true. It’s just hard graft and tenacity.

Could you describe your current role?

I’ve been at UCL since September 2013, and split my time 50:50 across two different units, the MRC CTU at UCL and the Clinical Research Group, part of the UCL Infection and Population Health Unit, based at Mortimer Market Centre.
I’m a Senior Clinical Lecturer and am involved with a number of studies in HIV and influenza. I still have a clinical role as an Honorary Consultant Physician at Mortimer Market Centre and retain an Honorary position as Associate Professor at UNSW.

Can you tell us anything about some of your current research?

At the moment, the most interesting project is the FLU-IVIG project. It’s a project that has morphed out of some very large observational studies in influenza ongoing since 2009, through the INSIGHT Network.
FLU-IVIG is an interventional study, looking at a new passive immunotherapy for people who are hospitalised and sick with influenza. It represents a new treatment beyond our existing drugs. This is an important step, because if this passive immunotherapy proves effective then it probably will lead to a commercialised product.
So that’s really exciting, especially as FLU-IVIG could be considered a ‘platform’ study. The study design could be applied to other emergent infections, including Ebola and other respiratory viruses i.e. using antibodies from someone who’s recovered from that infection as a treatment for someone acutely ill with the same infection.

Have you experienced barriers in your career, or have there been any times when you have needed extra support?

Yes, when my father was terribly ill in the UK. I was going back and forth from Sydney to London.
What was really amazing to me was the extent to which my bosses supported me. They allowed me to work long-distance which enabled me to spend some very important time with my family in the UK.

What plans do you have for future research?

We desperately need more research on strategies to reduce antibiotic resistance, and manage common infections like community-acquired pneumonia better. This will include looking at shorter courses of antibiotics, even single-dose therapy as well as different ways to distinguish bacterial from viral infection using point-of-care platforms, and avoid the inappropriate use of antibiotics.