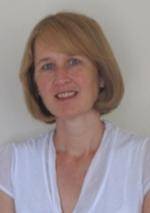 When did you first become interested in science? What did you study?

My first interest was in practising medicine, so I decided to go to medical school. After qualifying I chose to train in Oncology (tumours and cancers). It was sometime later that I also became interested in research.
I spent 3 years in the USA doing laboratory work for my PhD as part of my oncology training but on returning to the UK I became more interested in clinical trials and began working at the trials unit.

What is your current role at MRC CTU at UCL?

My main role is to design and lead oncology clinical trials that have the potential to have a large impact on clinical practice. My job is about identifying key questions and building a team of doctors/ scientists and trialists that can work together to try to answer these questions. As a clinical academic I maintain a small clinical practice (seeing patients); that is important as it helps to keep the research up to date and aligned to changes in clinical practice.

Can you tell us a bit more about your current research?

I have a particular interest in re-purposing i.e. investigating whether medicines that have been developed and used for one clinical indication might also be useful in other disease areas.
Aspirin is a good example. It was first developed as a painkiller but has been used widely in the last 20 years as a cardiovascular drug. We are now investigating whether aspirin will also be useful as a treatment for cancer in a large clinical trial called Add-Aspirin.
Another example of re-purposing is the PATCH trial, which is being run here at the MRC CTU at UCL. We are looking at whether an oestrogen patch designed to alleviate menopausal symptoms in women is also a useful treatment for men with prostate cancer.

How would you say your career has developed, both before and since joining the Unit?

In general my career has developed around my family life. One of the advantages of research is that in many instances working hours can be flexible. Both medicine and science are careers that permit flexible training and part-time working – though both keep you busy!

Have you come across any barriers at any point in your career, or had times when you needed support?

Fitting a career around family life has not always been a straightforward trajectory. But luckily what could have seemed like barriers have in fact turned out to be opportunities.

What are your planss for future research?

Clinical trials are often long-term projects. Many of our trials take 10 years or more from inception to publication. We then often combine our results with other clinical trials from around the world to see if the results are consistent. We also initiate programmes of translational work alongside our trials to try to work out why some treatments work for some people but not for others with the aim of identifying biomarkers (biological measures of disease state) or predictors of response. Cancer is a common disease so we envisage having plenty of work to do for the foreseeable future: whether it is aimed at trying to improve outcomes, or at reducing side effects from some of our successful treatments.