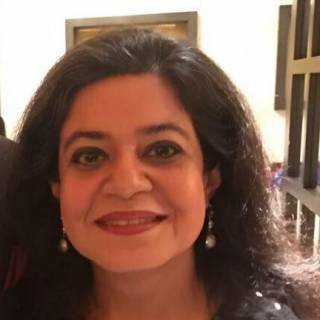 Amber Darr is a Senior Research Fellow at the Center for Law, Economics & Society (CLES) and a Teaching Fellow at UCL where she works in the areas of competition law, law and development, comparative law, intellectual property right and company law. She is particularly interested in re-defining frontiers between international human rights (such as the right to health and the right to food) and competition law. She is also interested in legal issues arising from the South Asian region (particularly India and Pakistan) particularly in the areas of competition and constitutional law. She is also a Post Doctoral Researcher associated with the University of Florence.

Amber’s most recent research in competition law includes a comparative analysis of the impact of transfer strategies adopted by India and Pakistan in acquiring their competition laws on the subsequent implementation of these laws in the countries. The research particularly focuses on the roles of legal and political institutions in the two countries engaged with the transfer process and entrusted with the implementation of these laws. Amber has also contributed to the Draft Global Food Value Chains and Competition Law BRICS Report, with a special focus on the Indian food sector. In the area of company law and insolvency, Amber researches the contractual mechanisms for addressing insolvency in the United Kingdom.

Amber holds a Ph.D. degree from the Faculty of Laws at University College London. She is also Barrister-at-Law and was called to the Bar of England and Wales from Lincoln’s Inn in 1997. She holds a Bachelor of Arts Cum Laude in Economics (with a concentration in International Economic Relations) and English Literature (with Honors) from Bryn Mawr College, Pennsylvania, United States of America. In 2014, Amber was enrolled as an Advocate at the Supreme Court of Pakistan. Amber has worked with prominent constitutional and corporate law firms in Pakistan. She has also served as the Executive Director (Law), Securities & Exchange Commission of Pakistan for a period of two years.

In addition to her primary research interests, Amber is committed to raising public awareness of legal issues relating to Pakistan and the South Asian region. She has published numerous articles in newspapers addressing a range of legal issues. Amber is also committed to raising the standard of legal practice and has led and participated in a number of advocacy training workshops in Pakistan, India and Stellenbosch University, South Africa. Since 2005, Amber has been a member of the International Advocacy Faculty at the Advanced International Advocacy Training Course held at Keble College Oxford.

‘The Interplay of Institutions: The Story of the Implementation Trajectory of Competition Law in India’ Amber Darr, Centre for Law, Economics and Society Research Paper Series: 4/2016

‘The Hunger Games: Competition and the Right to Food’ Amber Darr and Ioannis Lianos (forthcoming)