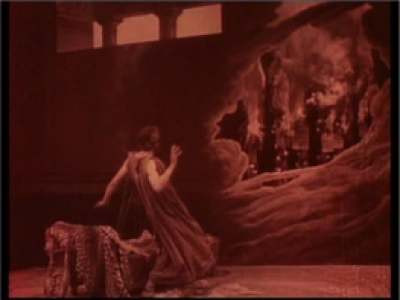 The Department has a flourishing community of both staff and postgraduate students engaged in research on the reception of the classical world (that is the investigation of how the texts, visual and material culture, and the thought of ancient Greece and Rome have been received, reshaped, used and abused across time and space).

Current reception research engages with: classical genres such as drama and epic; issues such as performance, authenticity, modernity, democratisation and post-colonialism; media such as poetry, opera, theatre, the historical novel, film and political discourse; periods from ancient Rome and Byzantium through to the twenty-first century; theory such as critical, literary, psychoanalytic, gender and film; and regions ranging from Britain, France, Ireland, Germany, Greece, and Italy to Russia, India, the United States and Latin America.

Reception Studies in the Department is able to take advantage of the rich array of research resources and institutions that surround it and with which we often work, such as the British Museum, the Warburg Institute, the Petrie Museum, the British Film Institute, the National Gallery and the National Theatre. Staff and postgraduate students also run a rich events programme of reception-focussed conferences, lectures and cultural events, including film screenings and interviews with creative practitioners, and are involved in the co-ordination of the Classical Reception Studies Network.
Our reception research is embedded both into our undergraduate and our postgraduate taught programmes. Our MA in the Reception of the Classical World is taught by highly experienced staff from within and outside our department. Any inquiries about the programme should be directed to the MA Tutor, Maria Wyke.

We welcome inquiries from prospective PhD students on many areas of reception studies. Staff whose research interests include Reception Studies: