Introduction to the film & to the composer 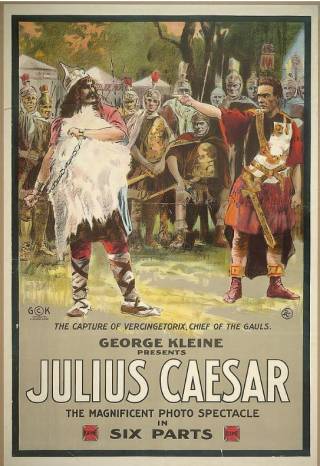 A live screening of the rarely seen yet remarkable Italian silent feature film Cajus Julius Caesar (1914, dir. Enrico Guazzoni) brought over especially from the archives of the Netherlands Film Institute and accompanied by an original score composed for the occasion by the noted concert pianist and composer Michele Sganga. Caesar’s life is presented in three movements: first romantic melodrama (his secret love for the beautiful Servilia); then triumph (his victory in Gaul); finally tragedy (death at the hands of his friends). 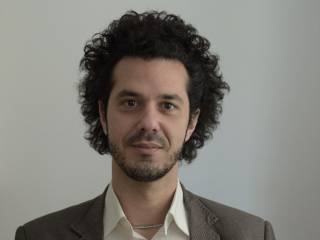 Michele Sganga graduated with honours in piano at the Santa Cecilia Conservatory in Rome. He continued his composition studies there, also graduating in History of Music at Sapienza in Rome. He authored essays on Chopin, Rossini, Nono, Tarkovsky and educational texts on opera. From 2013 to 2015 he collaborated with Paolo Terni on the cycle “The breath of music” for La Milanesiana, a festival where he is a regular guest every year as a classical piano interpreter and composer. Among his most recent productions are: two solo albums Animale Musicale - Biodiversità for piano and Le ragioni del canto: Franz Liszt; the soundtrack for the documentary Il testimone passato (Rai Storia 2015); and the stage music for the shows La casta morta (2015) and Anamoni (2017). Included among his  piano recitals are: EuroPiano (performed at the opening of the 2014-2015 season of the Krakow Philharmonic); Enrico Guazzoni’s Quo vadis? (2016), with his own original score; and Magnificat (2017). In 2018, Sinfonica Edizioni published the score and CD of his composition Biologie per chitarra. Since 2017, he has been collaborating with the poet Ocean Vuong (T.S. Eliot 2017 Prize) to put his lyrics to music (as a  duo with Riccardo Primitivo Fiorucci). Commissioned by University College London, in 2019 he composed an original score for the silent feature film Caio Giulio Cesare, performed in recital at the British School at Rome. In 2020, he released a new album of original music for solo piano, Canzoni senza parole, for the LUMI Edizioni Musicali, and participated with an original arrangement for piano in the film Extraliscio. Punk da balera – Si ballerà finché entra la luce dell’alba directed by Elisabetta Sgarbi.

In July 2019, at the UCL Bloomsbury Theatre, the professional pianist Stephen Horne accompanied a screening of  four rarely seen but remarkable films about ancient Greece and Rome. Two of the films documented the ruins of the Acropolis and Pompeii as they appeared to travellers in the early twentieth century. Two were aesthetically rich and immersive feature films concerning the sculptor Phydias and the emperor Caligula. Through their enticing use of gesture and look, exotic sets and extravagant costumes, music and movement, these latter films offer their spectators the opportunity to enter into the classical past and experience it as if they were there. The screening of Caligula was the UK premiere of a beautifully restored print from Italy. The other prints were obtained especially from archives in Austria, the USA, and the UK. They were introduced by Maria Wyke (UCL) and Pantelis Michelakis (University of Bristol).