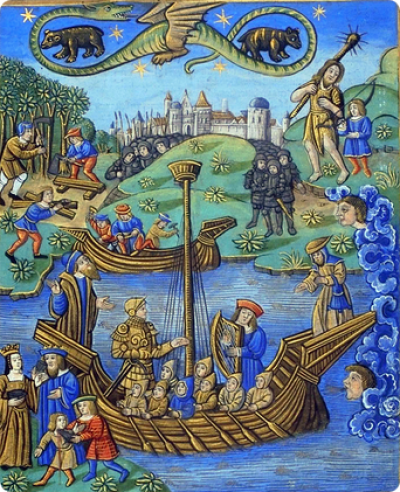 Research in Latin literature at UCL Greek and Latin covers the entire period of Latin literature, from its beginnings in the third century BC to its contemporary reception. Within classical literature, the Department boasts particular expertise in early Roman drama, Republican oratory, Augustan literature (especially Virgil and love elegy), and Flavian poetry. Reception is studied from Neo-Latin literature in the early Renaissance, through a variety of Renaissance and post-Renaissance literatures in the vernacular, to the reworking of Latin texts in contemporary culture and its modern media. Research activities include inter- and cross-disciplinary projects, especially with colleagues in ancient history, film studies, English and modern languages.

The Department runs a rich events programme of Latin-themed conferences and lectures, organized by staff and postgraduate students, including the Housman Lecture (given by Denis Feeney in 2014, Maurizio Bettini in 2016, and Bernard O'Donoghue in 2018). All members of staff are involved in the weekly Ancient Literature Seminar at the Institute of Classical Studies in the autumn and spring terms each year. All staff regularly teach BA and MA courses on their research specialisms and welcome enquiries from prospective PhD students on any area of Latin literature.