REF2021 has judged 90% of our department’s research overall to be world-leading or internationally excellent. On that basis, UCL Greek and Latin ranks 2nd in the UK for research in Classics.

REF 2021 is the second assessment carried out under the Research Excellence Framework (REF), with the first one issued in 2014. We are delighted with our faculty's overall trend of improvement in all aspects of our REF submission, and that UCL’s Main Panel D, including departments in the Faculty of Arts and Humanities, was ranked 6th in the UK in terms of Research Power.

Professor Maria Wyke’s research focuses on the representation of classical antiquity on film, in which area she is recognised as a world-leader having stimulated the establishment of ancient Greece and Rome on Film as a sub-discipline of classical studies.

Wyke’s investigations have led directly to improvements in the cataloguing of silent films about ancient Greece and Rome, where prints were previously unidentified or incorrectly identified. In 2014 - 2019, she advised archivists at the Australian National Film & Sound Archive (NFSA), the British National Film Archive (NFA), the Pathé-Gaumont archive, the Cinémathèque française (CF), and the Library of Congress.

Wyke was instrumental in establishing from 2013 an annual strand of antiquity screenings at the Bologna Film Festival, Il Cinema Ritrovato. This is the largest international festival of archival films, attracting historians of film, archivists, cinema managers, and film fans (in 2016, there were 3,500 delegates from over 50 countries, and 100,000 attendees overall). In 2014 and 2016, the Co-Director of the Festival organised two days of screenings of antiquity films (total audience 520), and Wyke co-organised the associated workshops (total participants 120). Wyke contributed advice and comment on the selection of films and the themes that tied them together, provided entries in the festival catalogues, led the organisation of the workshops, and co-led the discussion with festival audiences.

The Co-Director of the Bologna Festival testifies that “for the festival and indeed the studies of silent cinema [Wyke’s] research and interpretations are very important, making clear connections between different medias and cultural productions, bringing new audiences with different ways of access and interest to the films”.

For university teachers and students in the UK, Australia and the USA, her research has provoked expansion of the traditional curriculum to embrace antiquity on film.

Professor Miriam Leonard’s research on the importance of antiquity for Sigmund Freud led her to devise and curate a major exhibition in 2019 on Freud and Egypt at the Freud Museum in London in collaboration with the Petrie Museum at UCL. The exhibition inspired a new play by the award-winning playwright Michael Eaton and poems and short stories in the literary magazine Pericles at Play (readership 13,986). 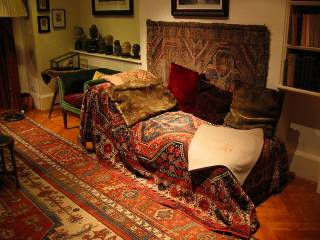 Leonard’s research underpinned her exhibition at the Freud Museum (London), Between Oedipus and the Sphinx: Freud and Egypt, which combined objects from the Freud’s collections with items from the Petrie Museum, London. The exhibition was viewed by 7,980 with an extended reach of 200,000 across 25 countries via online media. Due to its popularity, the original exhibition run from 7 August to 12 October 2019 was extended by a further two weeks until 27 October. The audience included international visitors (60%), school groups (mainly UK-based, aged 16+) and industry professionals (psychoanalysis, psychiatry, psychology).

Leonard’s research on Freud’s last work Moses and Monotheism and its discussion of Akhenaten and the origins of Judaism prompted her to make its ideas the centre piece of the exhibition. Freud’s last work was brought to life by the objects from the Petrie collection excavated at the site of Akhenaten’s kingdom. Visitor surveys found that 82% said that the exhibition changed their understanding of the influence of archaeology and ancient Egypt on Freud's thinking. The exhibition catalogue (which sold 300 copies) included essays by Leonard and Anna Garnett, the curator of the Petrie Museum, and explored the cultural and personal background to Freud’s fascination with Egypt.

Leonard led a series of events at both museums that ran alongside the exhibition. These included guided tours (20 participants), a day course (19 participants) and a symposium at the Freud Museum (40 participants). The participants came from the UK, Australia, Sweden and Poland and were a mixture of psychoanalysts, students and interested members of the public. The course fee of GBP65 per person helped to raise funds for the Museum’s archival, research and educational work.

The editor of Pericles at Play writes: “The exhibition was hugely evocative, and the research involved unique and new [and] led to the creation of several wonderful and unique pieces of art and brand new translations that would otherwise not have been conceived”.

In September 2019, a sold-out public event was held at the Petrie Museum on the subject of Egyptomania in the Time of Freud, attracting 120 participants. In conversation with the Egyptologist J. J. Johnston, Leonard talked about how her research gave rise to the exhibition. The artist Sal Pittman produced a video montage inspired by the themes of the exhibition, which was shown at the event. The award-winning dramatist Michael Eaton’s play Fragments: When Sigmund Freud Did Not Meet Flinders Petrie was first performed at the event and was thenpublished by Shoestring Press in November 2020. The exhibition inspired a special edition of the magazine Pericles at Play (readership 13,986 in 71 countries) which included 2 poems, 4 short stories and 6 new translations directly drawing on its ideas. 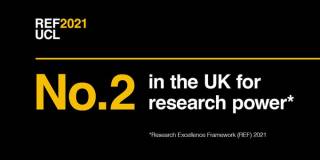 Contact details for staff can be found on our People page.