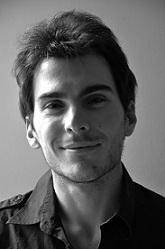 I was born and educated in Bologna, Italy. After completing a BA in Electronic Engineering, I took a BA and an MA in Philosophy at the University of Bologna. I then did a PhD in Classics at Durham University, where I graduated with a dissertation entitled Philosophy in Verse: Competition and Early Greek Philosophical Thought. Before coming to UCL, I spent one year at Trinity College Dublin as the Newman Research Fellow in the Trinity Plato Centre.

My research focuses on the intersection of Greek philosophy and literature. In particular, my work explores the complex interactions between philosophy, drama and epic, by situating these genres in the context of their cultural production. In my doctoral thesis, I examined Presocratic philosopher-poets' original approaches to poetic agonism, whereby they questioned the conceptual framework which underpinned poets' claims to authority. I plan to transform my thesis into a monograph in which I will study the origins of philosophy within the context of intellectual competition in Archaic and early Classical Greece. By offering a new perspective on early Greek philosophical speculation, the book will contribute to our understanding of the complex set of factors from which philosophy emerged. Other current research projects further explore the relationship between philosophy and literature. In particular, I am interested in the reception of early Greek philosophy in Athenian tragedy and Plato's relation to the Epic and Lyric tradition.