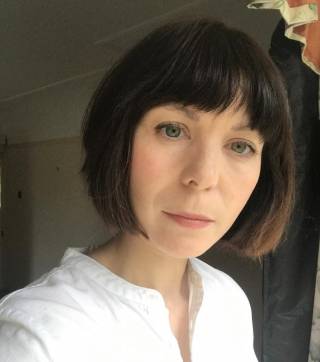 I joined UCL in 2013 after a PhD and Junior Research Fellowship at King’s College Cambridge which I held alongside postdoctoral fellowships in South Africa (at UKZN and University of Johannesburg).  I subsequently took a four-year career break to raise a family and returned to academia in 2017.
My research focuses on Latin literature, especially from the Augustan to Flavian periods,  which I combine with a broader interest in gender, literary theory and the Classical tradition. My recent monograph, Reproducing Rome: Motherhood in Virgil, Ovid, Seneca and Statius (OUP, 2016) examines the rich symbolic importance of maternity in imperial Roman epic, philosophy and tragedy, genres preoccupied with origins and foundations.  It also explores Roman cultural anxieties surrounding the figure of the mother and the critical possibilities and challenges of seeking a maternal perspective in these male-authored texts.

My current projects coalesce around ideas of the body, touch and affect in Roman literature. My next monograph is study of the hand (manus) in Roman literature and culture. Drawing on both texts, performance culture and the visual arts, I explore how hands take on complex figurative meanings in Roman thought, as expressions of legal and social relationships, physical extensions of the orator’s or poet’s voice, instruments of creativity and tools of horrifying violence.

Other projects explore ambivalent or negative affects both in and towards classical texts: the function of ‘hate’ in Roman love poetry in the age of #MeToo; and the use of the trope of maternal grief in Statius and Seneca as a source of innovation for poets labouring under the weight of literary tradition.

I would be interested in supervising postgraduate students in any area of Latin literature. I am also Admissions Tutor for the Department of Greek and Latin and I am happy to give school talks on a range of texts and topics, such as gender in ancient Rome, Ovid, Virgil and the body in antiquity.