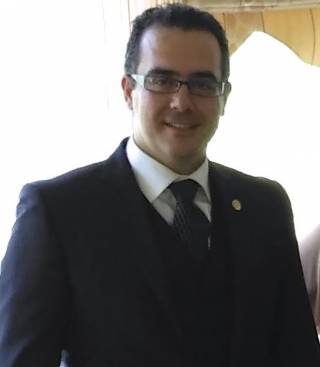 Research interests: Homer, scholarship in Byzantium (esp. Eustathius of Thessalonica and reception of the Homeric text with emphasis on allegorical interpretation), reception studies (esp. modern reception of Homer in cinema and modern poetry).

I was born and educated in Chios (Greece). I studied Classics at the University of Athens and then moved to UCL with a private scholarship in 1998-9 in order to complete a one-year MA in Classics at the Department of Greek and Latin. In 2000, I was offered a scholarship for a PhD in Classics on "Eustathius' Commentary on Homer's Odyssey (ch. 1379-97)" under the supervision of Prof. R. Janko and Prof. C. Carey which I completed in 2004, and in the following years I continued my research on this subject as a Postdoc Research Fellow. Since then I have worked as a Lecturer in the School of English and Drama at Queen Mary University of London and as a Research and Teaching Fellow at KCL and UCL. Since 2012 I have been a member of the Department of Greek and Latin as a Teaching Fellow in Classics, and recently, I have become a Senior Teaching Fellow in Classics and a Senior Teaching Fellow of the Higher Education Academy.

I am also a member of EUROCLASSICA and a Member of the Council of the Hellenic Society. For the last 7 years I have also served as the Director of the Summer School in Homer which takes place every year at the Dept of Greek Latin, UCL.

• Eustathius' Commentary on the Odyssey - book 1 (Routledge ~ contracted for 2021)

• "Paraphrasing Homer: In search of Demosthenes Thrax" chapter in Companion to the Reception of Homer, from the Hellenistic Age to Late Antiquity, ed. by Ch. Manolea (submitted - to be published by Brill).

• "Perceptions of Greece in the works of Roman authors" (in Europatria, ed. F. de Oliveira, Centre of Classical and Humanistic Studies of the University of Coimbra, Lisbon 2013)

• "Tragedy in Byzantium: Sophocles in Eustathius' Commentary on the Odyssey" (in Dialogues with the Past, vol. I, (BICS Supplement 125), ed. by A. Bakogianni, London 2013)

• "In search of ancient myths: documentaries and the quest for the Homeric world" (in Classics in the Modern World: a 'Democratic Turn'?, ed. by L. Hardwick and S. J. Harrison, Oxford University Press: Oxford 2013).

• "Eustathius' archbishop of Thessalonica Commentary on the Odyssey: Codex Marcianus 460 and Parisinus 2702 revisited" Bulletin of the Institute of Classical Studies, vol. 50, (2007) pp. 171-192

• R. Hunter, "The measure of Homer", The Classical Review (forthcoming)

• R. J. Cunliffe, "A Lexicon of the Homeric Dialect", International Journal of the Classical Tradition, 2014.

• "The Forum: The Iliad Beauty, Brutes and Battles", BBC World Service, presented by Bettany Hughes (contribution to a panel about the Iliad)

for some innovative teaching news and projects have a look here: -