The Department of Greek and Latin at UCL organizes a Housman Lecture each year. These are delivered by a scholar of international distinction from outside London. 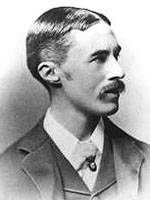 Born in Worcestershire in 1859, Alfred Edward Housman was a gifted classical scholar and poet. After studying in Oxford, Housman worked for ten years as a clerk, while publishing and writing scholarly articles on Horace, Propertius, Ovid, Aeschylus, Euripides and Sophocles. He gradually acquired such a high reputation that in 1892 he returned to the academic world as Professor of Classics at University College London (1892-1911) and then as Kennedy Professor of Latin at Trinity College, Cambridge (1911-1936). During his time as professor in the Department of Greek and Latin at UCL Housman produced some of his most important scholarly work (including his edition of Juvenal and the first volume of his Manilius) and published his first and best known collection of poetry, 'A Shropshire Lad' (1896). Housman's continuing reputation as a scholar and a poet is reflected in Tom Stoppard's 1997 play The Invention of Love, which includes a dramatisation of A.E. Housman's election to the chair of Latin in London.

Although the English language already possessed complete translations of Homer by Chapman, Ogilby, Hobbes, Pope and Cowper among others, nineteenth century Britain experienced a remarkable period of soul-searching concerning what form the English Homer needed to take. The paradigm shift in Homeric studies occasioned by such figures as Giambattista Vico and F. A. Wolf led some to champion the form of the English ballad, which was adopted by two translators in particular: Francis Newman (Professor of Latin at UCL 1846-1869) and the Irish Tory, William Maginn (1794-1842).  Newman’s translation of the Iliad was subjected to withering criticism in Mathew Arnold’s Oxford Lectures, On Translating Homer, itself a text far more commonly read than Newman’s translation, while Maginn’s work is mentioned politely though not treated in depth by Arnold. This lecture will provide a wider lens to view the cultural politics involved in the Newman-Arnold debate, while drawing Maginn out from behind Newman’s shadow as a very different kind of translator.  We shall address the contribution translation studies can make to the thriving methodologies of classical receptions and celebrate two brilliant if eccentric Londoners through their love of Homer.

2022 Gregson Davis: ‘The reception of Lucretius’ On the Nature of Things in Aimé Césaire's Journal of a Homecoming’ (18 May 2022).

2016 Maurizio Bettini: ‘From market to metamorphosis. Cultural images of "translation" in Rome’ (23 February 2016).

2007 Christopher Pelling: ‘The Grandstand that was Greece: Greek observers on Roman Civil Wars.’

For general queries, please contact Ms Stephanie Dutton, 020 7679 7522. Contact details for staff can be found on our People page.