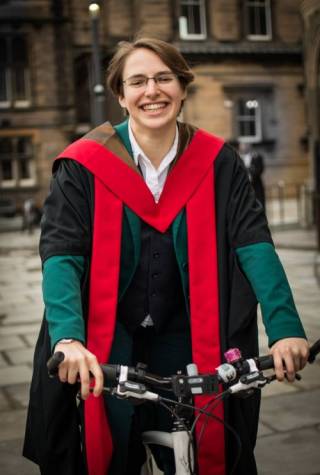 My interest in Russia’s classical reception began during my undergraduate at Oxford, where I studied Russian and Latin, and was delighted whenever I found an intersection between my two subjects. It has broadened through my MA at Bristol, my PhD at Edinburgh, which investigated classical reception in Russian poetry, and my teaching of Classics and Russian at St Andrews. I come to UCL from a postdoctoral fellowship at the Institute for Advanced Studies in the Humanities (IASH) in Edinburgh, where I staged a play about the life of the cross-dressing eighteenth-century Russian Princess Dashkova; and from a scholarship with the Modern Humanities Research Association (MHRA) at Exeter, where I wrote my book about classical reception in the work of the great contemporary Russian poet Elena Shvarts. I am fascinated by how classical antiquity continues to shape contemporary Russian society – and vice versa.

My three-year Leverhulme-funded research project ‘Classical ‘Lesbians’ in the Russian Imagination’ explores how twentieth- and twenty-first-century Russia has dealt with the problem of classical women-who-love-women. Ancient Greek and Roman depictions of homosexuality have long been sites of contention in societies that look to classical antiquity for ideals. This is especially true of modern Russia, with its conflicted relationship with Europe and increasing homophobia. Russian receptions of the classical ‘lesbians’ of Alcman, Sappho, Plato, Ovid, Martial, Juvenal, and Lucian contest the validity of women loving women in modern Russia. By following the many Russian incarnations of this select group of classical ‘lesbians’ – through translations, scholarship, literature, and popular culture – my project will expose the politics (both prevailing and marginal) shaping the interpretations of classical ‘lesbianism’.

The Enlightened Virago: Princess Dashkova through the Eyes of Others / Princess Dashkova, the Woman Who Shook the World: A historical verbatim play in three acts, IASH Occasional Papers, 20 (Edinburgh: University of Edinburgh, 2019)