A new discovery has revealed the oldest tea in the world buried in the Mausoleum of Han Emperor Jing near Xi'an, in China, recent 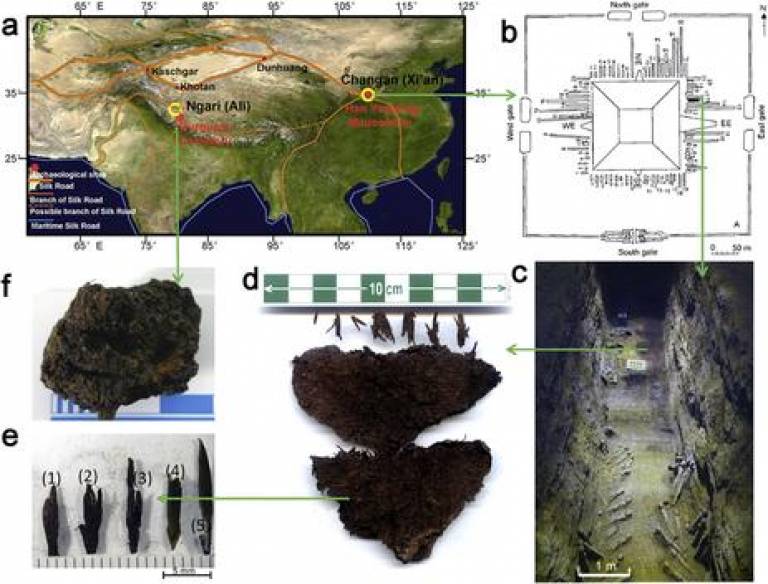 nature.com/articles/srep18955" target="_blank">Scientific Reports 6 published this event. The research was made by researchers from the Chinese Academy of Sciences. Prof Dorian Fuller, the executive director of ICCHA, and Dr YANG Xiaoyan, the former Leverhulme visiting scholar, were involved in this research and publication. "The discovery shows how modern science can reveal important previously unknown details about ancient Chinese culture. The identification of the tea found in the emperor's tomb complex gives us a rare glimpse into very ancient traditions which shed light on the origins of one of the world's favourite beverages," commented Prof Fuller.