Responding to vulnerable children and families

We found that the apparent rise in infant deaths could be explained by an increase in deaths among babies born extremely prematurely (at <24 weeks’ gestation, or nearly 4 months too early). These babies are now increasingly recorded as being born alive, which means that their deaths are included in the infant mortality statistics. Therefore, it looks like infant mortality is going up. If babies born at less than 24 weeks’ gestation are excluded, we see no increase in infant mortality.

It is not clear why these very premature babies are more likely to be registered as being born alive than 10 years ago. This could be due to changes in the clinical management of high-risk pregnancies for example, or better hospital care for very premature babies. It could also reflect a change in registration practices. We were not able to determine which of the explanations is true. This apparent increase suggests that national statistics for infant mortality are not comparing “like-with-like” over time and trends in infant mortality rates need to be carefully interpreted. 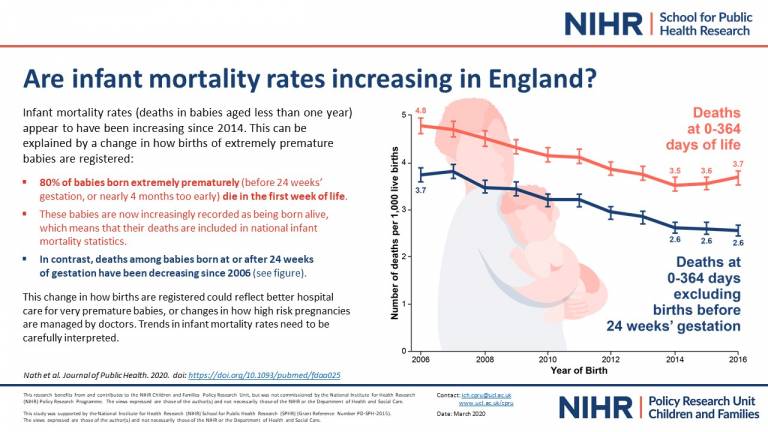 You can find out more in our paper. ONS has published a blog post summarising their analyses of these trends.

Are infant mortality rates increasing in England? The effect of extreme prematurity and early neonatal deaths 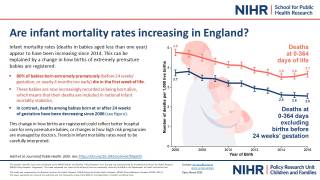