The Infection, Inflammation and Rheumatology Section (IIR) aims to encourage world-class research into understanding the mechanisms and treatment of inflammatory, immunological and infectious diseases.

Combining the Infectious Disease and Microbiology and the Rheumatology Units of old into one Section (IIR) within the III Research & Teaching Department has facilitated further collaboration between the major section PI's, including strengthening links with the clinical departments of paediatric infectious disease, microbiology, paediatric gastroenterology and paediatric rheumatology in Great Ormond Street Hospital.

The formation of this combined section, which houses six main research groups, comes at a fortuitous time in relation to evolving projects in the fields of infection, inflammation and immunity.

The Centre for Adolescent Rheumatology Versus Arthritis at UCL UCLH and GOSH and the Reuben's Centre for Paediatric Virology and Metagenomics are exciting developments in the IIR Section, linking it to related research at UCL, as well as at UCLH and GOSH.

Diseases of the gastrointestinal (GI) tract represent a significant global public health burden. Diarrheal diseases continue to be a major cause of childhood mortality in the developing world; whilst food allergies, inflammatory, autoimmune and GI cancers are on the increase worldwide. Advances in technologies is now allowing us to investigate and appreciate the potential impact of the 'trillions of microbes; the resident microbiome' that co-exist in the GI tract on human health.

"Interactions between the triad; GI mucosal immunity, the resident microbiome and antigens [harmless such as food or noxious e.g. pathogens and allergens) shape intestinal and extra-intestinal health".

Host-Pathogen Interactions and their Influence on Human Disease Research Group

Professor Klein's group focuses on interactions between microbes and microbial components and the human host. He is particularly concerned with host susceptibility to infection and host determinants of disease severity.  Within his group there are projects addressing Hospital Acquired Infection, Meningococcal disease, HIV, the role of infection in preterm labour, sepsis, infections in immunocompromised children, fevers and Vascular disease.

The main areas of work include:

The immunopathogenesis group, led by Lucy Wedderburn, has its focus on T cell immunology, the balance between inflammatory and regulatory responses, and how tolerance is lost, using childhood arthritis (known as juvenile idiopathic arthritis JIA) as a model.

In JIA, we have shown that Treg numbers are correlated to disease severity and are inversely correlated to the highly pro-inflammatory T cells, Th17 cells, which are also enriched at the site of disease; furthermore we have identified that Th17 cells can convert to Th1 cells at the inflamed site yet these ex Treg most likely still contribute to disease and tissue damage. Significant recent findings have included that a subpopulation of regulatory T cells (Treg), identified by expression of CD161, are also pro-inflammatory yet have a fully demethylated Foxp3 TSDR region.

The Wedderburn group leads the large cohort study aimed at stratified medicine in JIA, known as CHARMS (the Childhood Arthritis Response to Medication study). Within CHARMS we have identified novel pathways altered by treatment with methotrexate, demonstrated biomarkers that correlate with response to medication and completed the first ever genome wide association study of treatment with MTX in JIA. This wealth of data is now being modelled to generate predictive algorithms for use in stratified medicine trails of JIA.

The Wedderburn group has a major interest in the pathology of muscle damage in childhood inflammatory myositis. This work is closely linked to our work through the Juvenile Dermatomyositis Cohort and Biomarker Study and the Juvenile Dermatomyositis Research Centre.This cohort and linked biobank is now the largest of its kind in the world and is a valuable resource available to the research community.

Early work showed that expression of MHC class l in JDM can predate inflammation and may itself cause muscle damage. In a novel murine model, we showed that early over expression of MHC in very young muscle rapidly precipitates ER stress and muscle dysfunction. To translate this understanding of muscle pathology to patients, we formed the International JDM Biopsy Consensus Group: the group has generated and validated a standardised method for the analysis of JDM biopsy material.

Our work on specific auto-antibodies in JDM has demonstrated that serological subtypes correlate with specific subphenotypes in JDM and have particular genetic associations, paving the way for stratified medicine trials of new therapies for subgroups of the disease. As part of the international consortium MYOGEN we have contributed to the first genome wide association study of myositis and are now included in the exciting new Genomics England project for rare diseases.

Our current work focuses on several aspects of immune pathogenesis in JDM including:

The Juvenile Dermatomyositis Research Centre (JDRC) was founded in July 2000 through a charitable donation from the Cathal Hayes Research Foundation. The JDRC hosts the JDM Cohort and Biomarker Study (UK and Ireland), one of the largest collections of data and samples from children with JDM in the world. The study includes a network of researchers and clinicians know as the Juvenile Dermatomyositis Research Group (JDRG). The work of the JDRC and JDRG brings together a number of multidisciplinary health care professionals, scientists and others undertaking research into juvenile dermatomyositis (JDM) and other forms of inflammatory myositis in children. This expertise, combined with that of the JDRC's collaborative partners, has already lead to an increased understanding of the onset, course, prognosis and outcome of this and related diseases, with consequent improvements in prevention, management and, ideally, curative treatments. The JDRG involves 14 centres in total across the UK, and attracts many collaborative projects. The staff within the centre also administrate the European Network for Juvenile Dermatomyositis, which is a forum of specialists in this illness. The organisation aims to encourage research collaborations, essential to studying this rare disease. More information about all the research projects involved in this Network can be found on the JDRG website

This work began with initial research which sought to understand and optimise the gold standard for medium vessel vasculitis diagnosis: selective visceral arteriography. Whilst this work led to increased sensitivity of this test for the diagnosis of some forms of vasculitis (and hence earlier treatment) there was clearly room for improvement since this was an invasive test, could not be used for repeated monitoring, and lacked sensitivity. We then discovered that it was possible to diagnose and track endothelial injury using non-invasive tests: the detection of endothelial microparticles, released from the damaged endothelium into the peripheral circulation. We showed that endothelial microparticles displaying an activated phenotype (e-selectin) were elevated in the blood of children with active systemic vasculitis, and reduced with successful treatment. We then went on to refine these techniques and discovered that whole endothelial cells were released into the peripheral blood in addition to microparticles, and that microparticles contributed to the disease itself since they are pro-thrombotic. This led quickly to impact on clinical practice as a diagnostic screening test for vasculitis at Great Ormond Street Hospital, since small volumes of blood and same day test results were possible, clearly attractive test characteristics for acute paediatric practice.

Alongside these advances in vasculitis diagnosis and disease monitoring, our research has led to advances in therapeutics: specifically the use of biologic therapy and less toxic replacements for current cytotoxic immunosuppressive regimens for the treatment of childhood vasculitis (biologic therapy and Mycophenolate Mofetil), monogenic autoinflammatory diseases (anakinra and canakinumab), and systemic lupus erythematosus (rituximab).

We also have a rapidly expanding programme of genetic research and specifically have introduced a new genetic screening tool for vasculitis and autoinflammation using next generation sequencing, called the vasculitis and inflammation gene panel. A similar panel has also been recently introduced for genetic screening of neuro inflammatory diseases. Using this approach a genetic pickup rate currently sits at 32%.

Lastly, we have developed an interest in rare disease clinical trial design, and have obtained funding to set up the MYPAN trial (Mycophenolate mofetil versus cyclophosphamide for the induction of remission of childhood polyarteritis nodosa). We have assembled a group of methodologists and statisticians to establish Bayesian methodology for this trial. This is already impacting majorly in the paediatric rheumatology community and has become an example par excellence for setting up this sort of methodology.

The impact of this translational program of work relates to:

Our group will continue to carry out high-quality clinical based research (led by Prof Paul Brogan and Dr Eleftheriou) within the Infection, Inflammation and Rheumatology section and part of the III Department at UCL GOS ICH. We also intend to strengthen and forge new relationships between various aspects of basic science and clinical based research across sites and institutions, including international collaborations. 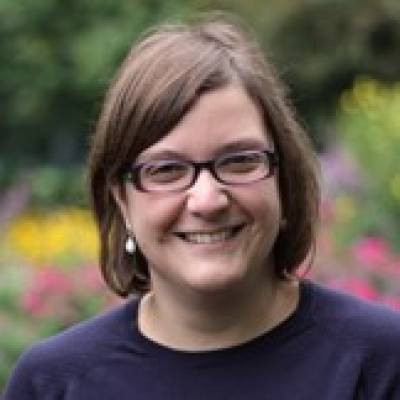