Rates of short-sightedness increasing in the UK

Our changing environment, as well as changing gene-environment interactions, could explain increasing rates of short-sightedness over time in the UK, reports a new study led by UCL researchers. 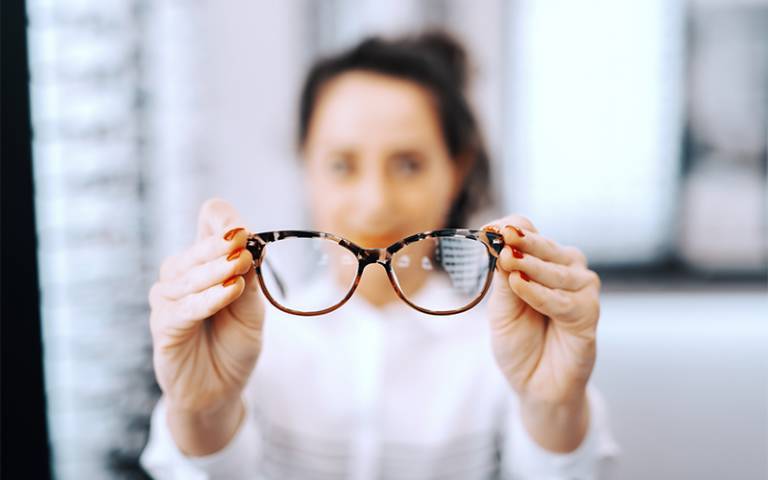 In a new paper published in PLOS One, researchers showed that, within the study, there were a higher number of people diagnosed with short-sightedness within the younger population than those born between 1939 and 1944.

Short-sightedness is when objects in the distance appear blurred. It is thought to affect around one in three people in the UK and is becoming more common. While often treatable with glasses or even surgery, this can be costly.

The team studied data from 107,442 people within the UK Biobank study aged between 40 and 69 years old. As part of the study everyone underwent a detailed eye exam and provided information about their history of vision problems. This extensive data was then used to study changing levels of short-sightedness in people born between 1939 and 1970.

As the large increase was seen in such a short period of time, the team believe that this must be due to environmental factors as genes do not change as quickly. They also noted that their data suggested this trend of increasing levels of short-sightedness began some time ago, and not just in the past decade.

The researchers also looked at demographic data like ethnicity and gender to try and find other contributors to this rising levels of short-sightedness. For instance, they noted there was an association between higher levels of education and short-sightedness, with the link becoming stronger over time.

“In our lives we tend to do a lot more ‘near viewing’ particularly in education and our social lives. At the same time, we do less distance viewing (outside), especially as more and more people live in urban communities.”

Professor Rahi also notes that we need to start looking at ways to slow the rate of short-sightedness as a population or we will have increasing numbers of people with high levels of short-sightedness (a prescription of greater than –5.0) which increases the chances of complications like blindness.

At the moment, there is not conclusive evidence that changing our viewing habits, like increasing our outdoor viewing, will combat this rise. However, spending more time outdoors, and therefore increasing our long-distance viewing, has other well-established mental and physical benefits.

There are also ongoing large-scale trials to understand how interventions such as eye drops, or certain lenses may impact the progression of short-sightedness

Professor Rahi added: “The causes of short-sightedness are complex with both genes and environment contributing. As societies evolve, the changing environment mean that the balance and relative importance of each may be changing.

"Our team has shown here that there is a clear rise in the rates of short-sightedness, likely due to changing environmental factors and we now need to understand how we can slow these rises."