A world-first scientific study, published today in the New England Journal of Medicine, has shown that whole genome sequencing can uncover new diagnoses for people across the broadest range of rare diseases investigated to date and could deliver enormous benefits across the NHS. 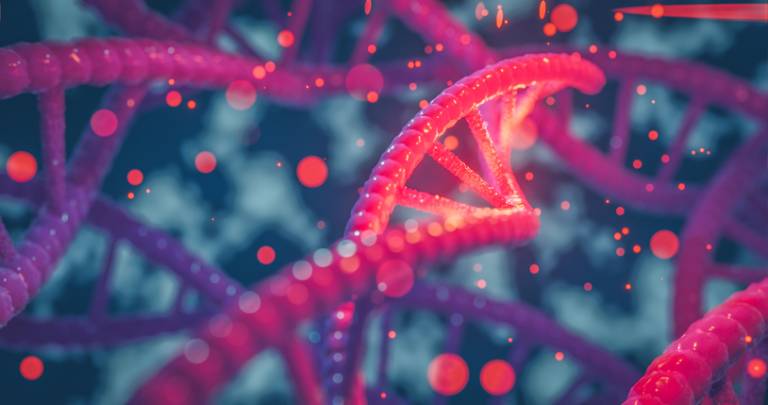 The pilot study of rare undiagnosed diseases involved analysing the genes of 4,660 people from 2,183 families - all of whom were early participants in the 100,000 Genomes Project. The ground-breaking Project, led by Genomics England and NHS England, was established in 2013 to sequence 100,000 whole genomes from NHS patients and their families.

The pilot study, led by Genomics England and Queen Mary University of London and undertaken in partnership with the National Institute for Health Research (NIHR) BioResource, found that using WGS led to a new diagnosis for 25% of the participants. Of these new diagnoses, 14% were found in regions of the genome that would be missed by other conventional methods, including other types of non-whole genomic tests.

Many of the participants had gone through years of appointments, without getting any answers. By having their whole genome sequenced diagnoses were uncovered that would not have previously been detectable. The pilot study shows that WGS can effectively secure a diagnosis for patients, save the NHS vital resources and pave the way for other interventions.

Participants who received a diagnosis through the pilot include:

For around a quarter of study participants, their diagnosis meant they were able to receive more focused clinical care. This included further family screening, dietary change, provision of vitamins and / or minerals and other therapies.

The study is the first to analyse the diagnostic and clinical impact of WGS for a broad range of rare diseases within a national healthcare system. The findings support its widespread adoption in health systems worldwide.

The high performance of WGS for specific conditions observed in the pilot study - including intellectual disability, vision and hearing disorders of 40-55% diagnostic yield - has underpinned the case for the inclusion of WGS to diagnose specific rare diseases as part of the new NHS National Genomic Test Directory.

The pilot study was also conducted in partnership with the National Institute for Health Research (NIHR) and Illumina who undertook the sequencing, and it was funded by the NIHR, the Wellcome Trust, the Medical Research Council, Cancer Research UK, the Department of Health and Social Care, and NHS England.

Professor Sir Mark Caulfield (lead author) from Queen Mary University of London, and former Chief Scientist at Genomics England, said: “We hope this major advance will enable rare disease patients worldwide to start receiving diagnostic whole genome sequencing where appropriate. Our findings show that deployment of this comprehensive and efficient genomic test at the first signs of symptoms, can improve diagnostic rates. This study has paved the way for clinical implementation of whole genome sequencing as part of the NHS Genomic Medicine Service.”

Chris Wigley, CEO of Genomics England, said: “Our mission at Genomics England is to bring the benefits of genomic healthcare to everyone - this pilot study highlights the potential it has to transform healthcare. It gives medical professionals the ability to transform the way patient care is delivered - in particular allowing them to make more accurate diagnoses and offer more personalised treatments.”

“At Great Ormond Street Hospital (GOSH), we recruited around 5,500 participants to the 100,000 Genome Project and contributed significantly to its pilot study.

Further to this, as a leader of the North Thames Genomic Medicine Centre (GMC), GOSH has helped to recruit 28 per cent of all the rare disease genomes in the 100,000 genome project (working with our GMC partners Moorfields, UCLH, Barts Health, London North West, Royal National Orthopaedic Hospital a d the royal Free Hospital).

While we are rightly proud of this huge contribution to the study of the genomics of rare disease, our involvement goes way beyond recruitment.

We took the opportunity of this major landmark research to examine how genomic sequencing was being delivered in the UK, from start to finish, with the patient point-of-view in mind. We spoke to patients who had received whole genome sequencing to understand and improve the consent and recruitment process. We wanted to explore the real-world experiences of genomic sequencing and work out where the barriers and limitations to recruitment, consent and implementation may be.

Almost at once, we found that while genomic sequencing was becoming available, it was hard to explain and thus poorly understood.

By working closely with the GOSH Young Persons’ Advisory Group (YPAG), and visiting local schools, we developed animations that answered questions that went to the heart of the queries and concerns of young people – Eg what is a genome? What is genomic sequencing? What are the limitations and uncertainties of genome sequencing?

We have since translated our English animations into Turkish, Bengali, simplified and traditional Chinese, and they have received well over 100,000 collective views. We tested these videos in practice and showed that knowledge and understanding in this area increased significantly after watching our animations. See YouTube: My Genome Sequence Part 1 and  Part 2.

We have also worked with health care professionals to understand what they needed in terms of education and training, to be better equipped to explain this complex test to their patients so that they can give truly informed consent.