GOS ICH and GOSH researchers have found that metformin – a drug commonly used to treat Type 2 diabetes – can successfully reduce symptoms associated with tuberous sclerosis complex (TSC), including reduction in the frequency of seizures and the size of brain tumours. 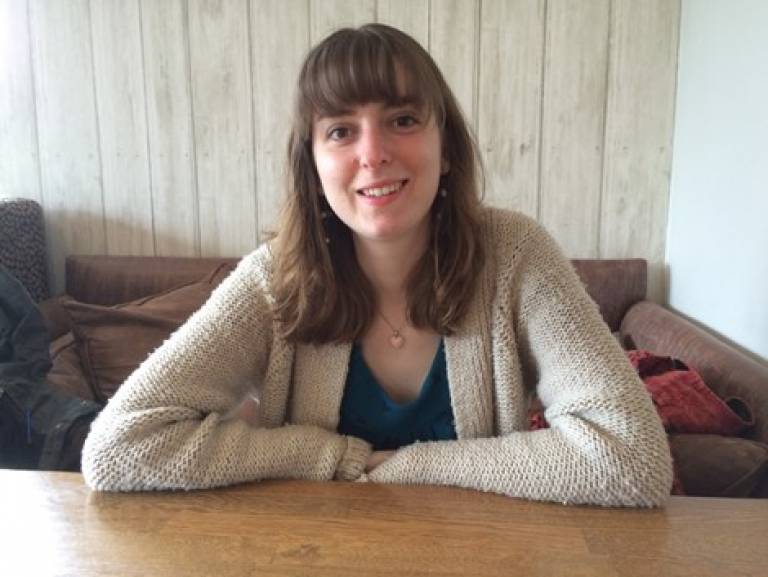 A team of researchers led by UCL Great Ormond Street Institute of Child Health (ICH) and Great Ormond Street Hospital (GOSH) has found that metformin – a drug commonly used to treat Type 2 diabetes – can successfully reduce symptoms associated with tuberous sclerosis complex (TSC), including reduction in the frequency of seizures and the size of brain tumours.

The study, which also included teams from Royal United Hospitals Bath NHS Foundation Trust (RUH) and University Hospitals Bristol and Weston NHS Foundation Trust, recruited 51 patients with TSC who were randomly assigned a placebo or metformin for one year on a dose similar to that given for Type 2 diabetes.

TSC is a genetic disorder characterised by the development of benign tumours due to loss of inhibitory regulation of the mTOR (mechanistic Target of Rapamycin) intracellular growth pathway.  As a result, people with the condition may develop tumours (hamartomas) throughout the body that can affect the heart, kidneys, brain, skin and nails. Although some with the condition may experience few issues, for others it can be disfiguring or even have life threatening complications. As tumours can form in the brain, 75% of people with TSC will have epilepsy, which can lead to daily seizures.

Throughout the study, the research team wanted to see if metformin, which inhibits the mTOR (cellular growth) pathway, could limit the tumour growth and epilepsy associated with TSC. All patients involved in the study had tumours in the kidney known as renal angiomyolipomas (AML). Of the 51 who took part, 27 patients had tumours in the brain called subependymal giant cell astrocytomas (SEGA) and 21 of them were under assessment for seizure frequency.

Over the course of the year, the team found a 21% reduction in the size of brain tumours of those who were given metformin, compared to a 3% increase in tumour volume for those taking the placebo. Patients with epilepsy and taking metformin saw a 44% drop in the frequency of their seizures, compared to a drop of only 3% for those on the placebo.

Metformin has been gaining attention in cancer research, with large population studies starting to show reduced rates of cancers in those regularly taking it. Metformin is also used to treat polycystic ovary syndrome.

Finbar O’Callaghan, professor of paediatric neuroscience at ICH and consultant paediatric neurologist at Great Ormond Street Hospital for Children NHS Foundation Trust and lead investigator of the study said: “This is the first time a cheap, readily available, safe drug has been found to improve the symptoms of TSC. And we found metformin to be even more effective in treating young people. Some patients, who were having multiple seizures a day or week became seizure free after 12 months of treatment, while others are having far fewer seizures than before. We’re excited by what this could mean for the day-to day management of tuberous sclerosis patients.”

After 12 months of studying patients involved in the trial, the only area where researchers saw no significant difference between the metformin and placebo group was in the reduction of kidney tumours. Previous animal studies have also indicated limited effects of metformin in the kidney.

“Unfortunately, the dose of metformin we used wasn’t able to treat the kidney tumours our patients have, but we are looking into whether changing the dose could make a difference. We remain optimistic about the impact we’ve seen on the treatment of brain tumours and epileptic seizures, and believe this is a very promising step forward in improving quality of life for the children and adults living with TSC,” said Prof. O’Callaghan.

It is estimated that between 3,700 – 11,000 people in the UK live with TSC. There is currently no cure, and only its symptoms can be treated with regular monitoring by a specialist doctor. Although the tumours in TSC patients are benign, the symptoms are not, and current treatments are not only expensive but have toxic side effects as they are immunosuppressants. That’s why studies like this are significant.

Zoe Bull, pictured above, was 18 months old when she was diagnosed with TSC, following some seizures. Doctors found benign tumours in her brain, kidneys and on her skin. After her diagnosis, Zoe was seizure-free until she had a focal-aware seizure, aged 10 on a family holiday to Disney World. “It was an unsettling wave-like sensation and what a remember feeling was a loss of control. It’s not something I could openly discuss with anyone, although eventually I was able to tell one friend and then another, until I developed a strong support network,” she said.

Zoe’s condition had been managed with medicationssuch as a Carbamazepine to prevent and control her seizures, as well as routine clinic appointments where she received ultrasound and MRIs to monitor the tumours in her brain and kidneys. As one of the tumours in Zoe’s kidneys was larger than 1cm, she was approached by Dr. Sam Amin, paediatric neurologist at RUH and one of the authors of the study, to see if she would like to be involved in the Metformin trial.  Although Zoe didn’t know it at the time, she was one of the patients receiving metformin. Her results were encouraging, with a 38% reduction in brain tumour volume and a 75% reduction in seizure frequency during the course of the study.

“My hope is that medicines like this open the door for more treatment options and even a cure for TSC one day. I was fortunate enough to pass my driving test during a time when I was seizure-free but have since surrendered my licence. Hopefully, I will be able to drive again in the future, even if it was just to the shops!” says Zoe.

GOSH treats 150 children with this condition and works closely with the two other hospitals with specialist TSC services that enrolled patients.  The study team run specialist TS clinics at Great Ormond Street Hospital, the Royal United Hospital in Bath, and Bristol Royal Hospital for Children. These clinics follow up the largest number of TSC patients in the UK.

Speaking about future research in the area this Prof. O’Callaghan said:  “Next steps for this work will be to conduct further large-scale trials in Tuberous sclerosis patients to determine the best doses to use and to demonstrate that the effect we have seen is repeatable in a larger population of patients.”