Does incomplete gene annotation limit our understanding of human diseases?

Gene annotation remains incomplete, which is likely to limit the rate of genetic diagnosis and our understanding of complex diseases, especially those affecting the brain.

Gene annotation involves building an accurate and complete map of the structure of genes, which is essential for deciphering the genes and pathways dysregulated in human disease. However, current gene annotation remains incomplete and as a result, is likely to limit our understanding of human disease.

Here, we address this problem by using a computational approach to improve existing gene annotation using RNA-sequencing data from over 40 different human tissues. We confirm that gene annotation remains incomplete, even amongst well-studied genes such as 67% of genes already known to cause rare diseases and a further 317 genes associated with neurogenetic disorders.

The annotation of genes expressed in the human brain is particularly difficult to map due to it’s complexity and the limited number of brain samples that have entered into annotation pipelines to date. Accordingly, we discovered that the genes with the greatest amount of incomplete annotation were those expressed within the human brain, suggesting that this work will have the greatest impact on disorders of the brain. Consistent with this, the regions of the genome where we discover this novel annotation are depleted for genetic variation within humans, suggesting that they have an important function in humans.

We release an online resource vizER where all annotations discovered in this study can be visualised and downloaded. We hope this will facilitate improvements to our understanding of human diseases and increased rate of successful genetic diagnosis, especially for neurogenetic disorders. 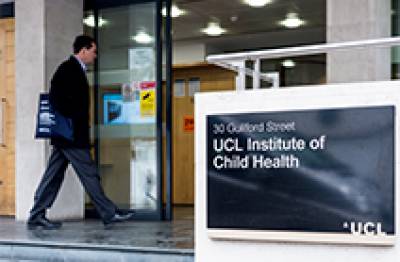