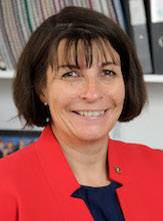 I am currently The Prince of Wales’s Chair of Childhood Epilepsy, Head of Developmental Neurosciences Programme and Honorary Consultant in Paediatric Neurology. I am also Clinical Advisor to the national Children’s Epilepsy Surgery Service, Topic Advisor to the update of the NICE guidelines on the paediatric epilepsies, appointed to the subpanel 1 of the clinical medicine Ref2021 review, and elected Treasurer of the International League Against Epilepsy, amongst other roles. .

I trained in Birmingham, in medicine and paediatrics, and subsequently came to Great Ormond Street Hospital to train in paediatric neurology. After completing my PhD in imaging in focal epilepsy I was able to secure my consultant post at Great Ormond Street Hospital in 1996. After 4 years I was able to convert to an academic position, and subsequently was promoted to Reader in 2004 and Professor in 2007 – I was appointed to my current post in 2008. The primary focus of my research has been optimising outcomes in the early onset epilepsies, and this has included epidemiology, clinical trials and outcome studies. Additionally, I have worked extensively with several patient disease advocacy groups.  In 2007 I received the ‘Ambassador for Epilepsy award from the International League Against Epilepsy, 2015 an OBE for services to children with epilepsy, and in 2018 the Clinical Research Award from the American Epilepsy Society, and the Frank Ford Award for contribution to Paediatric Neurology by the International Child Neurology Association.

There is no question there are challenges juggling a career and family life as a woman. There is never ‘a good time’ to have children. Although doing this when I had completed my paediatric training when onerous on call was behind me was certainly a good move. I have been lucky enough to have an extremely supportive husband; we have three amazing girls – all following very different career paths although one has chosen medicine.

I feel that I have been extremely lucky to have chosen a career that means my job continuously changes – I have been able to continue clinical work and research, as well as now having a number of national and international roles – in 2008-2010 I was the first and only woman to be elected as President of the British Paediatric Neurology Association, and in 2013, the first woman to be elected to the management committee of the International League Against Epilepsy . At all times the children with complex epilepsy have been at the centre of what I do, and I strive to develop a similar ethos in the juniors with whom I am involved in training.

If you have any questions, feedback, or would like to get involved with the ICH EDI  initiatives or the steering committee, please contact us via: ICH.EDI@ucl.ac.uk