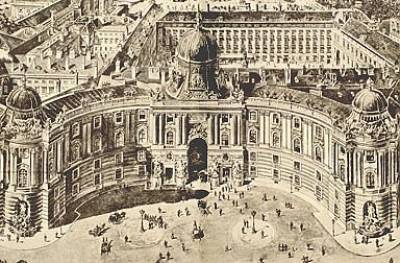 Axel Körner has been awarded a Major Research Award from the Leverhulme Trust to work on his new project "Transnational Monarchy. Rethinking the Habsburg Empire, 1804-1918" (ref. MRF-2014-028). Axel says about his project, "Conflicts between nationalities have long been seen as the Habsburg Empire's fatal weakness, explaining its eventual collapse in the wake of World War One. A transnational approach to the history of the Empire questions the validity of this interpretation. My project employs conceptual challenges emerging from the field of transnational studies to reassess the nationality question in the Habsburg Empire. It does so by means of a specific set of research questions applied to four case studies. Three of these case studies investigate specific nationalities within the Empire (Czechs, Italians, and German speakers from Transylvania); the fourth case study looks at cultural practices connected to music theatre within the Empire. Opera created links between the elites and the middle classes, while also cutting across national boundaries. My own archival research will be integrated into the recent historiographical discussion, which has started to challenge interpretations of the Habsburg Empire that focus narrowly on conflict between nationalities. The aim of my project is to write a substantial monograph and to disseminate my research through seminars and conferences."