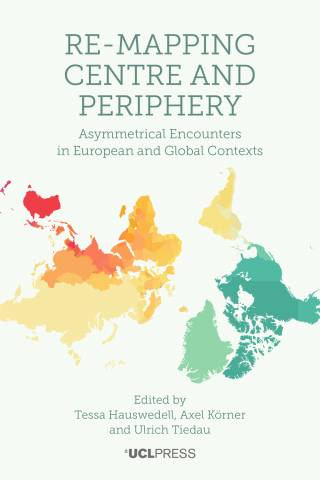 Historians often assume a one-directional transmission of knowledge and ideas, leading to the establishment of spatial hierarchies defined as centres and peripheries. In recent decades, transnational and global history have contributed to a more inclusive understanding of intellectual and cultural exchanges that profoundly challenged the ways in which we draw our mental maps.
Covering the early modern and modern periods, Re-Mapping Centre and Periphery investigates the asymmetrical and multi-directional structure of such encounters within Europe as well as in a global context. Exploring subjects from the shores of the Russian Empire to nation-making in Latin America, the international team of contributors demonstrates how, as products of human agency, centre and periphery are conditioned by mutual dependencies; rather than representing absolute categories of analysis, they are subjective constructions determined by a constantly changing discursive context.

This volume is available as an Open Access publication. More information and full text available here.

As of July 2020, Re-Mapping Centre and Periphery has been downloaded over 5'000 times in 115 different countries. It was also recently reviewed by Connections. Read the review here. This special issue of the Journal of Modern Italian studies rethinks Italy’s political tradition, as well as its philosophical undercurrents, during the Risorgimento. As it highlights their inherently transnational nature, this issue places particular emphasis on the role of Italian Hegelianism in shaping the emergence of the modern Italian nation-state. 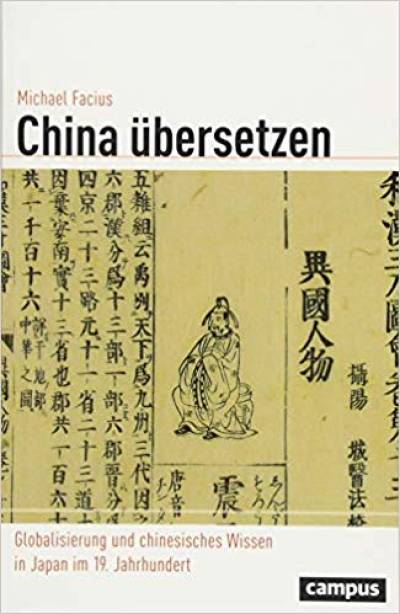 Japan's interactions with the traditions, texts and ideas of Chinese knowledge shaped the country's view of the world and its response to nineteenth-century globalisation. At the same time, these traditions were themselves affected by processes of global integration. From early modern Confucianism to imperial Sinology, from poetry to linguistics, this study for the first time comprehensively explores the transformation of a field of knowledge which has often been neglected in favour of a focus on the influence of "Western science", but which is indispensable to a fuller understanding of Japanese history. Cosmopolitanism in Conflict. Imperial Encounters from the Seven Years' War to the Cold War

A new book features the results of one of the research projects based at the UCL Centre for Transnational History. Dina Gusejnova, now a lecturer at the History Department at Sheffield, has been a Leverhulme Early Career Fellow at the CTH and edited for Palgrave Macmillan Cosmopolitanism in Conflict. Imperial Encounters from the Seven Years' War to the Cold War. Along with Dina, who wrote two chapters for this volume, Stephen Conway and Axel Körner are among its contributors, both based in the UCL History Department. 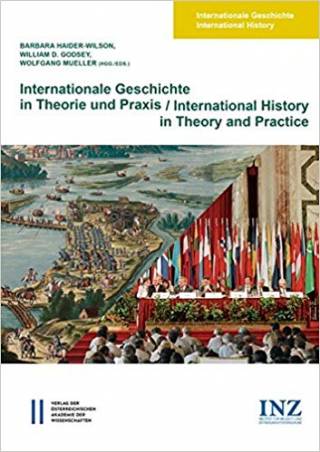 Over the past twenty-five years, some of the most exciting and innovative works of historical research have emerged in connection with debates on transnational approaches to history. International History in particular has been affected by a transnational turn, leading to a significant reorientation of themes and research questions, as well as to the identification of new historical agents impacting upon existing relations between states. As a consequence, transnational historians have carved deeply into the traditional territory of international history, while at the same time transcending the discipline's conventional focus on connections between states. 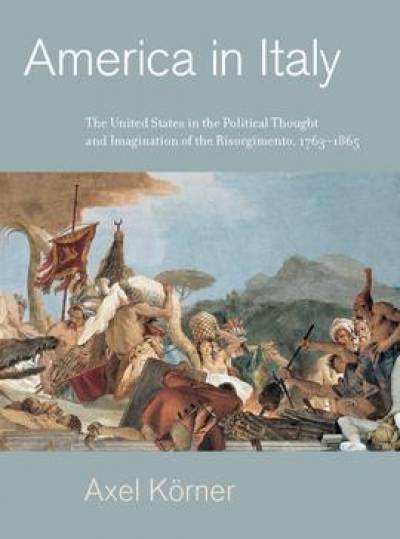 America in Italy: The United States in the Political Thought and Imagination of the Risorgimento, 1763-1865 (Princeton University Press, June 2017)

Axel Körner's new book, America in Italy, will be out in June 2017 via Princeton University Press. The book investigates the influence of the American political experience on the imagination of Italian political thinkers between the late XVIII century and the 1861 Unification of Italy.

Looking at the writings of local political authors, Axel Körner illustrates how concepts borrowed from Montesquieu, Rousseau and Vico were adopted in order to evaluate what Italians discovered about America. As a result, this book provides a very compelling analysis of the ways in which Italian political thought during the Risorgimento was shaped by debates on the American Revolution and the US Constitution. 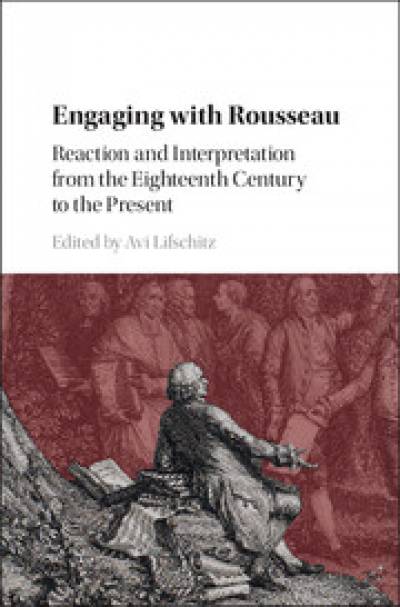 Engaging with Rousseau: Reaction and Interpretation from the Eighteenth Century to the Present (Cambridge University Press, July 2016)

Jean-Jacques Rousseau has been cast as a champion of the Enlightenment and a beacon of Romanticism, a father figure of radical revolutionaries and totalitarian dictators alike, an inventor of the modern notion of the self and an advocate of stern ancient republicanism.

This book treats his writings as an enduring topic of debate, examining the diverse responses they have attracted from the Enlightenment to the present. Such notions as the general will were, for example, refracted through very different prisms during the struggle for independence in Latin America and in social conflicts in Eastern Europe, or by thinkers from Kant to contemporary political theorists.

Beyond Rousseau's ideas, his public image too travelled around the world. The book examines engagement with Rousseau's works as well as with his self-fashioning: especially in turbulent times, his defiant public identity and his call for regeneration were admired or despised by intellectuals and political agents. 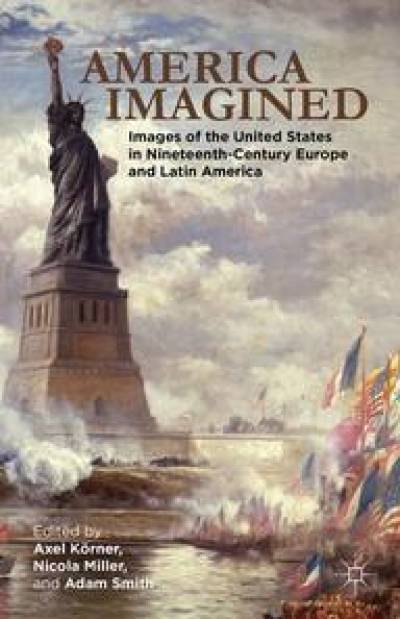 Why has "America" - that is, the United States of America - become so much more than simply a place in the imagination of so many people around the world?

In both Europe and Latin America, the United States has often been a site of multiple possible futures, a screen onto which could be projected utopian dreams and dystopian nightmares.

Whether castigated as a threat to civilized order or championed as a promise of earthly paradise, America has invariably been treated as a cipher for modernity.

It has functioned as an inescapable reference point for both European and Latin American societies, not only as a model of social and political organization - one to reject as much one to emulate - but also as the prime example of a society emerging from a dramatic diversity of cultural and social backgrounds. 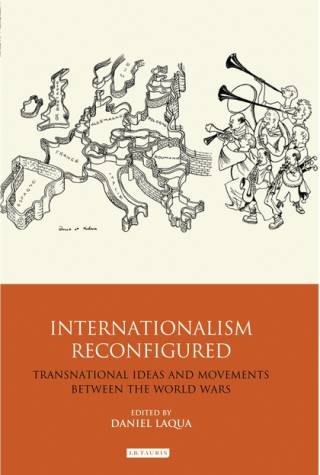 Internationalism Reconfigured: Transnational Ideas and Movements between the World Wars

Internationalism Reconfigured: Transnational Ideas and Movements Between the World Wars, edited by Daniel Laqua and published by IB Tauris in 2011, is based on a workshop of the UCL Centre for Transnational History, held in May 2008: 'Interwar Internationalism: Conceptualising Transnational Thought and Action, 1919-1939'. The contributions in this book examine the interplay between political movements, international associations and the League of Nations. The volume comes with an introduction by Patricia Clavin and features chapters by Frank Beyersdorf, Stefan Couperus, Yann Decorzant, Daniel Laqua, Helen McCarthy, Amalia Ribi, Katharina Rietzler, Marie Sandell, and Waqar Zaidi.