Executive Assistant in the Faculty Office 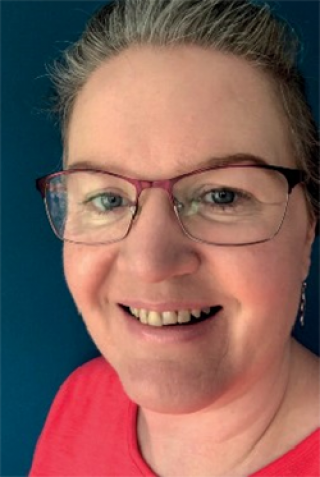 Since January 2018 I’ve been working as Executive Assistant in the Faculty Office, Faculty of Brain Sciences. My role provides high-level executive secretarial support to Faculty senior management, including the Director of Operations and Deputy to the Dean, working closely with the Faculty Executive and Senior Managers to support the smooth and effective functioning of the Faculty as a whole. Brain Sciences is a large Faculty, and the role requires a very organised person to ensure deadlines aren’t missed and that we keep on top of things. It involves plenty of management routine work (i.e. managing diaries and emails, meeting administration) but there is also an opportunity for more ‘meaty’ work such as working on some Faculty initiatives.

As a child, I loved organising people as well as things and it was no surprise to those that knew me when I chose the PA/EA career pathway. After taking a medical secretarial course, after completing secondary school, my first role was as a Secretary at the Institute of Ophthalmology, then part of the University of London, but now part of UCL in the Faculty of Brain Sciences. My main duties included audio typing and helping produce various resources such as a newsletter, and organising a resource centre (all paper based back then). Although the role was brilliant at helping me put all the theory I had learned in college into practice, it was pretty basic stuff and my boss did not have a huge amount of meetings. My boss had not had a secretary before, so I had to train him in how to use me appropriately,taking on additional duties and helping out around the Institute when my workload was not so heavy.

I moved position to work as Secretary to the Principal at King’s College London. The Principal’s office was extremely busy and I worked alongside the Principal’s Executive Officer in ensuring  the  office ran smoothly and that the Principal got to see who he needed to see when he needed to see them, ensuring that the diary was perfection and there were briefings/papers available for each meeting. I had the fantastic opportunity to step into the Executive Officer position temporarily to cover her maternity leave, and although this provided high job satisfaction it was very hard work with long hours! When the Executive Officer returned to post, I took on some additional responsibilities permanently such as report drafting.

I was ambitious to move on in my career, but I did not have minute-taking or financial management experience and it was made clear that I would need these skills to move on in the same career path at King’s. I therefore took the decision to move to an administrative role at a small London-based charitable foundation where I had the chance to take lots of minutes as well as taking on some financial responsibility. My first role there was Administrative Assistant to the Secretary where the workload was quite repetitive, but the higher pay partly made up   for it! I was soon promoted to Grantmaking Team Assistant (a Team PA role) then again to PA to the Assistant Director (a 1:1 PA role) over a period of 3 or so years. It took time to realise that my preferred roles were working more 1:1 with the opportunity to manage my own workload. Somewhere in between these roles I gave birth to my firstborn, taking minimal maternity leave and returning to work commuting in from Hertfordshire with my child to a local nursery.

hen I became pregnant with my second child, I realised that I could not do it all and it made sense (in my particular situation) to take a career break to build and raise my family. Over the following few years, I did a couple of non-PA/EA roles which fitted  in with family life. I worked as a nanny, a cleaner, as a Customer Service Assistant at my local Homebase store (great experience of providing excellent customer service), then I moved to a role as a Night Care Assistant at a local residential home for children and adults with epilepsy and/or autism. However I really missed being a PA and when my youngest child was nearing the end of her primary school education, I enrolled on a Pitman Executive Assistant Diploma course, mainly to refresh my Microsoft skills which were a little rusty by then! I soon landed a role as PA to the HR Director in the same local residential home where I was a night care assistant. This role really helped me get back into the swing of being a PA/EA and catch up on the technology. My experience at Homebase meant that I  had  honed my customer service skills and helped to give the  HR department a welcoming side, something it had not really experienced before. As well as proactive secretarial support, I had an opportunity to get involved in supporting the HR Director in recruitment campaigns, implementing a staff wellbeing scheme, and organising an all-staff Conference. The role was incredibly varied and so gave great job satisfaction. My manager was very supportive of my career but also made sure that I had a good home/life balance. I moved on from that role to my current role at   UCL. Why did I move? I will admit that it was partly financial (although the cost of my commute almost negated any rise) but mainly it was because there was no progression within the organisation I was working in, and I had looked back fondly at my time working in HE as it had very much stretched me

It was the right time in my career to get back to commuting again, as my children were older. When I first arrived at UCL it was initially very hard to get into the swing of things and the role did not seem as varied as my previous one. There were a lot of policies and processes to get my head around, and  it took a few months to build solid relationships with colleagues, especially those I support in my role; getting to know how someone “ticks” takes time   (and anyone who says they can jump straight in and ‘hit the ground running’ is likely to be lying! ). I now feel fully at home, and the challenges put my way  are now varied enough to keep me stimulated and provide good job satisfaction. So what is in line for my future? I am passionate about being a career EA – yes, you don’t have to   go on to do something else, being a PA or EA is a valid career. I would be interested to stretch my role even further and take on further responsibilities. I am currently studying for a Level 4 qualification in Office and Administration Management which should enable me to take on more over time. My advice to others interested in this career? You  may need to move roles to gain skills to help you progress, but sometimes a chat with your manager can help make that happen in your current role. A change of direction due to life circumstances is okay and can be beneficial to make you more ‘rounded’.  We are lucky that UCL offers  secondments  which can give the opportunity of ‘try before you buy’. There are some blended EA/PA roles around UCL which would also give someone interested in looking to a career as an EA/PA the experience of managing diaries etc., as well as do something else such as project management or comms. Sadly in HE, EA/PA roles are not as well remunerated as in the corporate world, however the hours of work, benefits and flexibility offered can more than make up for it.