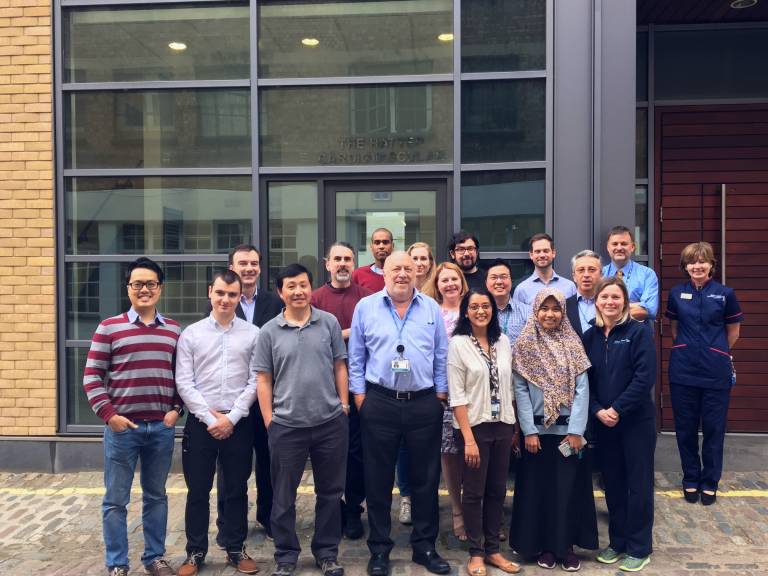 The Hatter Cardiovascular Institute as part of the Institute of Cardiovascular Sciences at University College London is an internationally renowned research centre which undertakes clinical and basic research investigating ways to protect the heart from the damaging effects of an acute myocardial infarction. Its particular areas of interest includes the pathophysiology of cardioprotection in the setting of diabetes, ischaemia/reperfusion injury, molecular aspects of adaptation to ischaemic injury and myocardial conditioning in both the basic and clinical arena. In the basic research setting, the HCI was instrumental is identifying the signalling pathways including the RISK pathway as well as the role of the mitochondrial permeability transition pore (MPTP) in cardioprotection. In the clinical setting the HCI was the first to demonstrate the phenomenon of preconditioning in patients and the first to undertake a multicenter outcome study of remote conditioning in patients undergoing CABG surgery. Currently it is pioneering new areas of research including the potential for nanoparticles to support the damaged heart and focusing on highly relevant receptor-medicated cardioprotective signalling pathways. Furthermore there is a direct interest in forms of cell death including necrosis, apoptosis, pyroptosis and necroptosis and how these forms of cell death can be targeted to protect the myocardium from injury. The laboratories offer world class research facilities to study the effects of a range of novel therapeutic approaches to protecting the heart using a range of in vitro and in vivo techniques including isolated perfused organ systems and transgenic models as well as state of the art fluorescent confocal imaging, flow cytometry and nano particle tracking ability. The HCI also supports the teaching of undergraduates (lectures & laboratory-based research) as well as postgraduates. With regard to the latter we have to date successfully supervised in access of 55 students for PhD and MD(Res) degrees.

Dr Sean Davidson leads the Exosome Research Group focussing on studies to understand the role of these nanoparticles and investigating their potential as novel cardioprotective agents.