Our research is focused on Human papillomavirus (HPV)-associated head and neck cancer, and, rare head and neck tumours, in particular cancers of the nose and the sinuses.

HPV-associated oropharyngeal squamous cell cancer (OPSCC) has one of the most rapidly rising incidences of any cancer in high income countries, having overtaken cervical cancer in the UK (M. Lechner, et al. Lancet Infect. Dis. 2019; 19: 131-132).

The increasing rates of HPV-positive OPSC will have a tremendous healthcare cost, with estimated overall cost for treatment in the UK amounting to £2 billion over the next twenty years (in men only). Taking into account broader societal costs, we estimate that HPV-positive OPSCC will cost the UK more than £18 billion over the next twenty years (M. Lechner et al.; Lancet. 2019; 393: 2123)

According to the AJCC 8th edition staging guidelines, HPV-positive OPSCC is distinct from its HPV-negative counterpart, which is largely caused by tobacco use and predominantly affects older men. In contrast, HPV-positive OPSCC is caused by oncogenic HPV infection and tends to impact younger men, with a distinct and unique molecular profile. Importantly, HPV positivity confers an improved prognosis. However, positive clinical outcome is hindered by a lack of effective prevention and early detection measures, which is exacerbated by low awareness of the link between HPV infection and OPSCC, particularly in men. Of 1,200 respondents in a UK-wide, population-based survey (649 [54.1%] female), only 444 (37.0%; 95% CI 34.3–39.7) had ever heard of HPV. Of these, 309 (69.6%; 65.2–73.7) knew that HPV could be transmitted during sex, 172 (38.7%; 34.3–43.3) recognised HPV as a risk factor for oropharyngeal squamous cell cancer, and 283 (63.7%; 59.2–68.1) knew that a preventive vaccine existed. Women were almost twice as likely to be aware of HPV as were men (290 [44.7%] vs 154 [27.9%]; p<0.001) (Ml. Lechner et al. Lancet Infectious Diseases. 2019; 19(2):131-132). This is important as OPSCC is often detected at a late stage, which directly impacts clinical outcome and survival. Improving public awareness of the cancer risk as well as educating individuals on symptoms would not only reduce the incidence but also aid in earlier detection. Importantly, Primary care physicians (GPs) are at the nexus of the general public and our healthcare systems and have the ability to promote public health initiatives. In survey across primary care physicians, we found that while 74% of primary care physicians recognised HPV as a risk factor for OPSCC, less than half were aware that being male was a risk factor for HPV-associated OPSCC (M. Lechner, et al. BMJ Open. 2018; 8: e023339).

In an effort to improve awareness, we are developing a questionnaire, which would function as an educational tool as well as enable risk stratification of participants for a future screening program for persistent HPV infection and oropharyngeal cancer. We are investigating the role of various lifestyle factors, such as tobacco, marijuana and alcohol use as well as education, age and sex as potential stratification markers in addition to better understanding knowledge of OPSCC and HPV.

HPV-positive OPSCC is treated in much the same way as HPV-negative disease and centres on surgery and chemoradiotherapy. There are ongoing efforts to de-escalate treatment due to the high incidence of treatment-related adverse events and reduced post-treatment quality of life. However, there is much need for an improved understanding of the molecular profile of these tumours as well as the identification of clinically important risk factors in order to properly stratify patients and allocate treatment accordingly. This will further add to the identification of therapeutic targets and the development of precision medicine, including the paramount task of identifying biomarkers for early detection. We previously identified and validated patterns of hypermethylation HPV-associated head and neck cancer using Infinium 450k BeadArray and whole-genome methylated DNA immunoprecipitation sequencing (MeDIP-seq) technologies. We are currently investigating methylation variable positions in HPV-OPSCC in a spectrum of HPV-associated oropharyngeal tissues (from healthy individuals, to those with persistent infection and ultimately OPSCC) in order to identify markers of malignant transformation for early detection. We are also investigating the role of CEA and B7-H3 in OPSCC. We have found that both are overexpressed in OPSCC and ongoing investigations are focused on determining their diagnostic and prognostic utility, as well as their potential use as therapeutic targets. Ultimately, we aim to develop a diagnostic test which can be easily achieved on clinical samples, such as saliva, in order to support broad screening programs.

2. Clinical outcomes and the role of SSTR2 in sinonasal cancer and nasopharyngeal cancer – impact on prognosis, imaging and therapy

Sinonasal cancers arise from the nasal cavities and paranasal sinuses and comprise of a wide spectrum of histologically and clinically distinct disease entities, with a total incidence between 0.5-1.0 cases per 100,000 men and women per year. Diagnosis can be challenging particularly because there are plenty of histological subtypes with overlapping characteristics.

Treatment includes surgery and postoperative radiotherapy, in some cases combined with neoadjuvant and adjuvant chemotherapy. Clinical approaches for recurrent and metastatic disease are even more limited. Overall, clinical outcomes have remained unchanged over recent years and there is a clear need for new therapeutic options.

We have recently completed a study assessing the role of the somatostatin receptor 2 (SSTR2) in sinonasal cancers, with a particular focus on esthesioneuroblastoma. nasopharyngeal cancer. With the promising efficacy of SSTR2 as a biomarker and therapeutic target in NETs, we aim to better understand its role in sinonasal cancers and nasopharyngeal cancer and to determine whether such information can be clinically exploited and linked to molecular data.

Mouth cancer is a debilitating but largely preventable disease with a high incidence in countries, such as India, Taiwan and Papua New Guinea. In the UK, roughly 8000 cases arise each year. It is primarily caused by lifestyle behaviours, specifically tobacco, alcohol and betel nut use.

Betel nut is an addictive substance chewed by one-tenth of the global population and is a known cause of mouth cancer. In a study conducted in Pune, India, we found that 40% of individuals chew betel nut and those who chew were significantly less likely to be aware of its cancer risk, compared to non-chewers. In the UK, we have found that over half of respondents chew betel more than once per year and are also significantly less aware of its cancer risk. Additionally, more than one quarter of GPs were unaware of betel nut being a risk factor for throat cancer. It is evident that this is an issue on both the national and global scale.

One of the main limiting factors to poor survival in mouth cancer is late detection of disease. There are no validated biomarkers and targeted therapies are lacking. We have sought to advance this field by conducting targeted whole-genome deep sequencing of tumour specimens, which we collected in Pune, India, in partnership with Deenanath Mangeshkar Hospital and Foundation Medicine. This analysis enabled us to determine a panel of genes which are frequently mutated in our tumour cohort and may serve as a potential diagnostic or prognostic biomarker.

In addition, we are working toward improving awareness of betel nut-associated mouth cancer through the dissemination of a large, international cross-sectional survey to assess the prevalence of betel nut use while simultaneously providing education and support. The innovative data collection tool named BICRAA (bicraa.org) enables us to collect data on betel nut use through secure questionnaires, while also enabling users to determine their risk of mouth cancer and obtain the necessary assistance. We aim to extend the permutation within the app, which would link high risk users with the relevant medical help, including the appropriate mouth screening. We are currently validating our tool and aim to implement it in India in the near future, in partnership with Deenanath Mangeshkar Hospital in Pune, India. 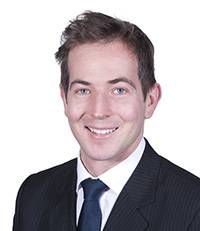