This project involves the development of computational tools for analysis of DNA methylation data from the Illumina 450k array.

This project focuses on the analysis of Illumina's Infinium HumanMethylation450 BeadChip. This platform was designed with two different probe types. Technical differences have been shown to exist between the two probe types and normalisation methods that adjust for this Type 2 bias have been developed (Dedeurwaerder et al., 2011, Makismovic et al., 2012, Teschendorff et al., 2013). In addition, careful study design is important to avoid issues with batch effects.

Our group has assembled ChAMP -Chip Analysis Methylation Pipeline (Morris et al., 2014) that incorporates available tools for data upload, quality control and normalisation. In addition, it offers novel methods including: SVD (Single Value Decomposition) for visualising the largest components of biological/technical variation to enable the identification of batch effects (Teschendorff et al, 2011); Probe Lasso DMR Hunter which is based on a feature-oriented dynamic window ("lasso") that aims to capture neighbouring significant probes and bundle them into DMRs (Butcher unpublished); and also a CNA analysis module which takes raw intensity data, normalises and corrects for batch effects related to BeadChip, smooths and segments the data and returns a data frame of segments which can be filtered to find significant gains and losses (Feber et. al, 2014).

To aid in the discussion of analysis issues and ideas related to the Illumina 450k array we have hosted two workshops in London. In 2012, the workshop was held at UCL and the focus was on normalising for Type 2 bias, (Morris et al., 2012). In 2013, we hosted a second workshop held at QMUL. In this workshop the topics had gone past normalisation and focused on established pipelines and options for downstream analysis (Lowe et al., 2013). The most recent workshop in 2014 was again held at UCL and focussed on cell composition correction. For workshop information see http://webspace.qmul.ac.uk/rlowe/450kworkshop 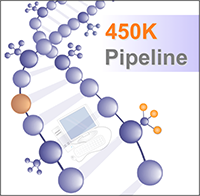 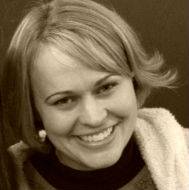