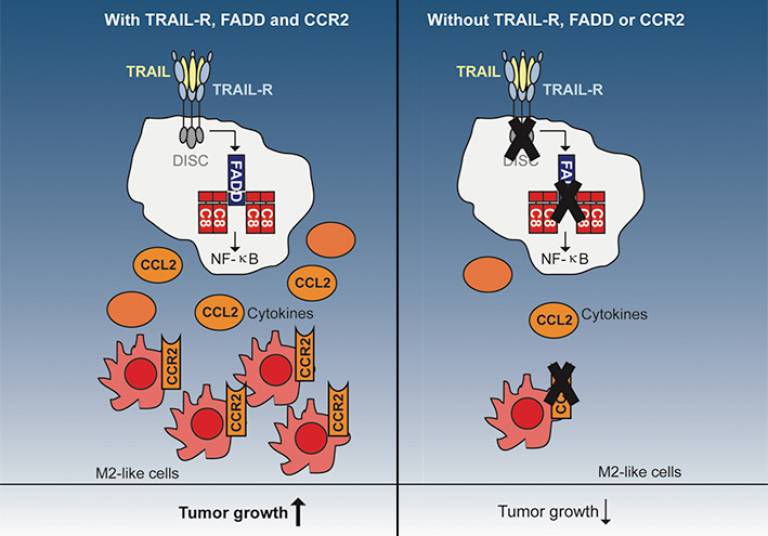 The findings, published in Molecular Cell, provide a compelling case for exploring the potential of blocking TRAIL as a treatment for some cancers.

TRAIL is part of a family of cell signalling molecules called cytokines. The body’s immune system uses these protein molecules to stimulate a response from other immune cells against invading pathogens, such as bacteria and viruses - initiating a ‘death pathway’ that causes apoptosis (cell death). This protective mechanism is also active against cancer. Indeed, TRAIL is known for being capable of specifically killing cancer cells, while leaving healthy cells unharmed.

As such, the potential of using TRAIL as an approach to treat cancer has been investigated in depth, with a number of treatments currently being tested in clinical trials. However, the development of TRAIL-based therapies is far from straightforward as research has shown that in some cases, TRAIL appears to help cancer cells grow and evade treatment instead of killing them.

This dual nature of TRAIL is the focus of research for Professor Henning Walczak, Head of the Cell Death, Cancer and Inflammation Group and Professor of Cancer Biology at the UCL Cancer Institute, and his scientific team.

“We realised that TRAIL wasn’t killing all cancer cells and that in some cases it was actually helping them grow,” says Professor Walczak. “So, we asked: could it be that the TRAIL pathway is hijacked by cancers and used to their advantage?”

Based on the study findings, the answer appears to be ‘yes’. “TRAIL turned out to be a wolf in sheep’s clothing,” says Torsten Hartwig, PhD student in Professor Walczak’s lab and lead author of the study. “We’ve shown that TRAIL is the driving force behind a process that cancer cells can use to their benefit.”

Using lung, pancreatic and bowel cancer cells, the team discovered that TRAIL can cause cancers with a particular genetic make up to release cytokines that attract certain immune cells into the cancer. Rather than fighting the cancer though, these particular immune cells help it proliferate.

“We found that the TRAIL-stimulated cytokines can cause changes in the characteristics of immune cells in the tissue around the tumours (the tumour microenvironment),” explains Professor Walczak. “These cells not only suppress the immune response against the tumour, but they also help the cancer grow and avoid immune recognition.”

Consequently, blocking TRAIL in cancer patients could prove to be an effective way of reducing cancer growth and realigning the immune system so that it can recognise and attack tumours. It’s still early in the process but Professor Walczak is optimistic about the potential for this idea: “This is a major task. But it’s going to be exciting taking this concept forward and see if it can help patients.”

UCL scientists have discovered that a vital self-destruct switch in cells is hijacked - making some pancreatic and non small cell lung cancers more aggressive, according to research published in Cancer Cell. 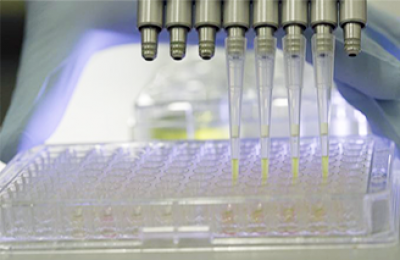 Cancer Research UK has awarded one of the first 2015 Centres Network Accelerator Awards to the CRUK-UCL Centre. The award will fund a network of scientists to track immune responses in cancer patients receiving immunotherapy, and to develop more effective treatments with fewer side-effects.