The Biochemical Society have announced that the 2021 Portland Press Excellence in Science Award will be presented to Professor Bart Vanhaesebroeck in recognition of his pioneering work on PI 3-kinase (PI3K) signalling enzymes. 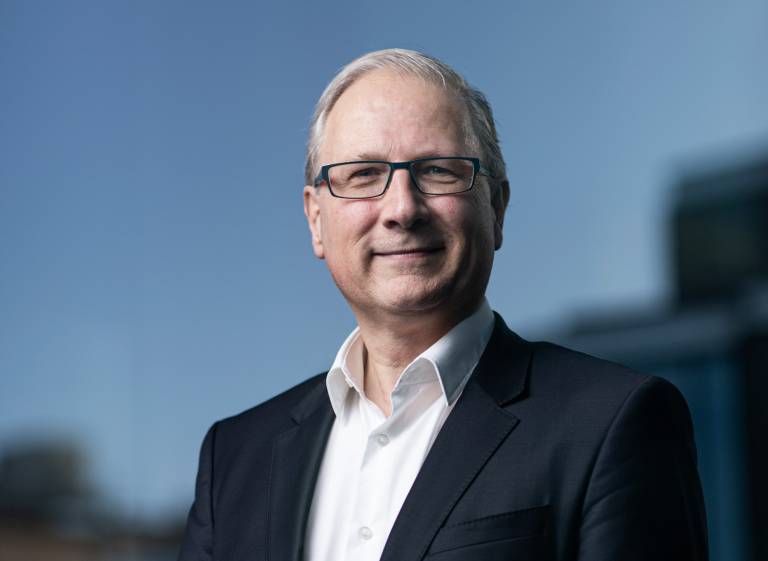 The Biochemical Society Awards recognize the incredible community of researchers and academics that are dedicated to understanding biology at a molecular and cellular level. Prof Vanhaesebroeck joins nine other eminent scientists and exceptional early career researchers to have been honoured in the annual awards.

Prof Vanhaesebroeck is a basic scientist whose pioneering studies on the PI 3-kinase (PI3K) signalling enzymes have led to approved medicines. He is a member of the European Molecular Biology Organisation and a UK Academy of Medical Sciences Fellow.

With his team, Prof Vanhaesebroeck developed a unique genetic approach to create an unparalleled series of mouse models to uncover the roles of multiple PI3K family members in biology, and to faithfully predict PI3K-inhibitor activity at the organismal level. He discovered PI3Kdelta which he took from gene cloning and preclinical modelling to the generation of PI3Kdelta-inhibitors and the development of clinical strategies to inhibit this PI3K. These studies underpinned the approval of PI3Kdelta-inhibitors for leukaemia and their emerging use in cancer immunotherapy of solid tumours. It is this combination of discovery research and translation to the clinic that motivates Prof Vanhaesebroeck: "My field of study allows me to perform high quality basic science and at the same time think about medical applications. I particularly enjoy being free to think and come up with new ideas on my own and with others, and to work with a team to test these concepts – I realise every day how privileged I am to be in such a position."

"Taking studies from a gene all the way to the clinic – I still can’t believe that my simple benchwork over 25 years ago has contributed to new medicines."

It is not only teamwork that Prof Vanhaesebroeck cites as being integral to his career as a scientist, also the molecular biology pioneer Walter Fiers (Ghent University) played a key part in driving his passion for science: "My PhD Mentor Walter Fiers, who sadly passed away last year, was and remains a role model for me. He had an unlimited passion for basic research, with a continued vision for possible applications. His inspiration for this type of work inspires me to this date. His legacy is very much alive, including with his latest studies on viruses related to Corona, amongst others."

On winning the Portland Press Excellence in Science Award, Prof Vanhaesebroeck said: “I am delighted to receive this award. Science is a team effort, and this award is an honour to all the talented people who have worked with me over the years.”