UCL, UCLH and other London partners will receive a £14 million investment from Cancer Research UK (CRUK) to develop techniques to improve radiotherapy. 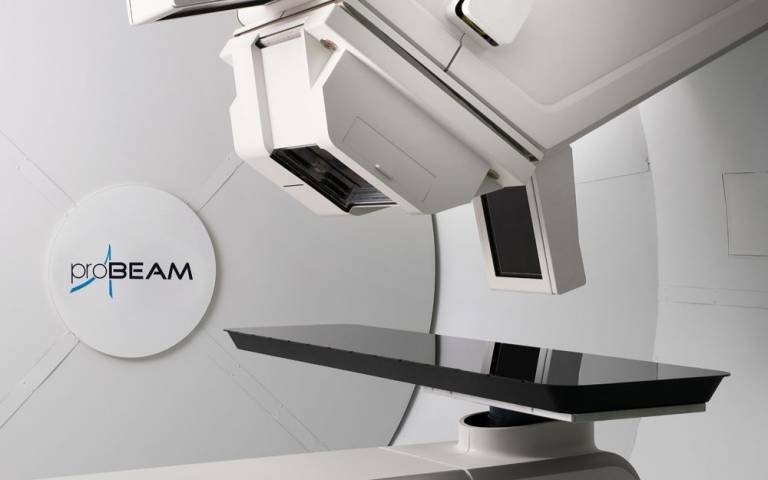 Radiotherapy is a key component of cancer medicine, used as part of treatment for four in 10 cancer patients. The CRUK investment creates “RadNet”, a network of seven centres of excellence across the UK. Together the centres will work to improve cancer survival by optimising and personalising radiotherapy.

As part of a £56 million CRUK investment announced today, the CRUK City of London Centre, led by Professor Tariq Enver, has been awarded £14 million. The partnership includes UCL and UCLH, Queen Mary University of London, King's College London and the Francis Crick Institute.

The City of London Centre will be one of three awarded 'Radiation Research Unit' status within the network.

The centre will focus on:

Dr Crispin Hiley, Clinical Senior Lecturer in Radiation Oncology at UCL said: “I’m delighted UCL and UCLH will be a recipient of this CRUK award, which will enable us to accelerate efforts to improve the effectiveness of radiotherapy in numerous ways – including how to treat patients whose cancer is resistant to radiation.”

Other centres of excellence receiving funds from CRUK are the Universities of Cambridge, Glasgow, Leeds, Manchester, Oxford and the Institute of Cancer Research in partnership with the Royal Marsden Hospital, London.