Today sees the landmark publication of the Personal Genome Project UK pilot study, which demonstrates the feasibility of publicly sharing personal genomics data as part of a growing network of PGPs dedicated to enabling research into personal genomics and personalised medicine. 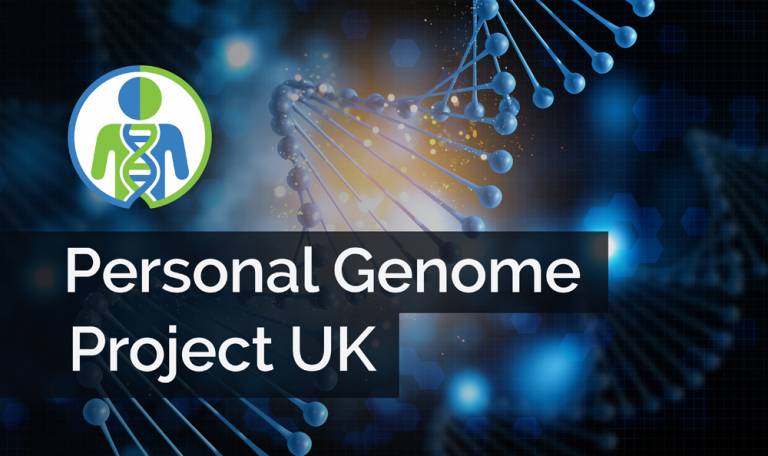 The study, published in BMC Medical Genomics, also establishes the suitability of the Personal Genome Project UK (PGP-UK) pilot as a hybrid between a research and citizen science project - a template that has an important role to play in the public awareness of and engagement in genomic research.

Since the sequencing of the first human genome back in 2001 rapid advances in technology have transformed our ability to gather and analyse genomic data. However, much of this data is not readily available for research purposes, a limitation that the PGP-UK project seeks to overcome.

Professor Stephan Beck, Director of PGP-UK and Professor of Medical Genomics at UCL Cancer Institute explains: “The Personal Genome Project was founded in 2005 by Professor George Church at Harvard University to aid the interpretation and sharing of human genomes. To facilitate more open data sharing, PGP introduced the concept of open consent and was the first project to provide human genome and trait data under open access. Since then the project has grown into a global network (PersonalGenomes.org). All of the PGPs in the network operate independently of each other but jointly advocate for and practise open data access and collaborate on creating publicly shared genome, health and trait data. We believe that this information sharing is critical to scientific progress.”

The PGP-UK team recruited ten participants to the pilot study, all of whom were willing to share their genomic information and actively engage as citizen scientists with the project. The PGP-UK study was the first in the PGP network to report incidental epigenetic findings back to participants along with genetic findings. Four participants subsequently volunteered their data to help develop a free and open-source app (GenoME) - the first of its kind -  that allows the lay public to explore personal genomes, focusing on ancestry, traits, phenotypes (eg eye colour) ageing and environmental exposure.

Going forward, Professor Beck and the PGP-UK team will turn their attention to scaling up the project and building on their successes: “We are currently focusing on two exciting new projects. First, the development of a first-generation transcriptome report to complement our genome and methylome reports, which are already being issued to PGP-UK participants. Second, in rolling out the Genome Donation mechanism, we are pioneering a new choice for sharing personal genomes. As sequencing costs continue to fall and more people have their genome sequence for one reason or another, we anticipate Genome Donation to become an increasingly popular option and we need to scale our capacity to analyze the data accordingly,” says Professor Beck.

As part of the original research team that sequenced the first human genome nearly 20 years ago, Professor Beck is well placed to understand how collaboration and data sharing can catalyse scientific discovery, he says: “Like all PGPs, PGP-UK is classified as a research project, so our findings are not suitable or accredited for clinical use. As already demonstrated, PGP data will, however, contribute to advancing both technology and our understanding of genome function in health and disease.”

PGP-UK gratefully acknowledges support from the UCL Cancer Institute Research Trust, the Frances and Augustus Newman Foundation, Dangoor Education, The Wellcome Trust (99148) and the National Institute for Health Research UCLH Biomedical Research Centre (BRC369/CN/SB/101310). The development of the GenoME app was supported by a donation from Michael Chowen CBE DL and Maureen Chowen. We also would like to acknowledge an award from the MRC Proximity to Discovery Industry Engagement Fund (530912) to facilitate access to the cloud-based computing infrastructure of Seven Bridges Genomics.