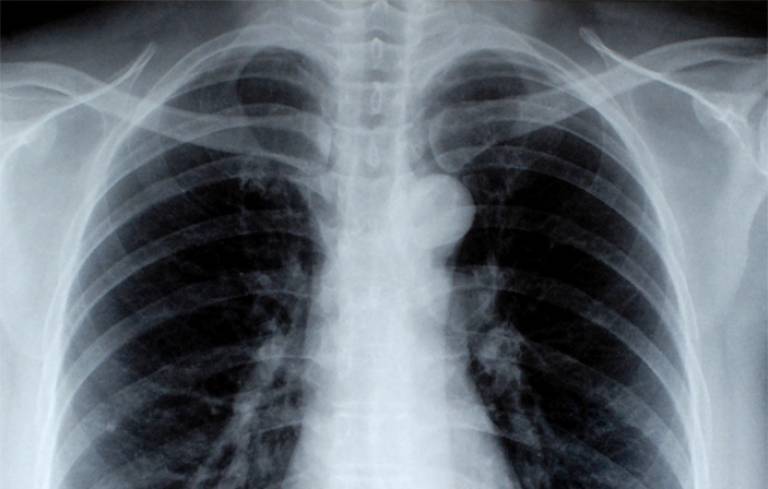 The trial data, published in the New England Journal of Medicine (NEJM), demonstrate the potential of Osimertinib to change current clinical practice and improve patient outcomes.

The international trial team demonstrated that Osimertinib (Tagrisso - Astrazeneca) reduced the risk of the cancer progressing or the patient dying by more than half, with consistent benefit across all trial subgroups, including patients with and without brain metastases. Patients who took Osimertinib lived without disease progression by 8.7 months longer than those given standard drugs. This is a major improvement for lung cancer treatment.

Osimertinib is a type of drug that specifically targets non-small cell lung cancer (NSCLC) cells that have a mutation known as an Epidermal Growth Factor Receptor (EGFR) gene mutation, which affects approximately 15-20% of lung adenocarcinomas EGFR is a protein on the surface of cells that normally helps them grow and divide. Osimertinib works by inhibiting the signal from EGFR that tells the cells to grow.

What sets Osimertinib, the next generation EGFR inhibitor apart from the current standard-of-care EFGR inhibiting drugs, such as erlotinib or gefitinib, is that it also works against another EFGR mutation known as T790M.

“However, treatment with existing approved EGFR-TKIs (e.g. gefitinib and erlotinib) eventually becomes ineffective because patients develop tumour resistance - very often due to the emergence of the EFGR-T790M mutation. Osimertinib also targets this secondary mutation and in doing so, significantly delays the progression of the disease.”

Setting a new standard of treatment

Dr Suresh S. Ramalingam, Principal Investigator of the FLAURA trial, from the Winship Cancer Institute of Emory University, Atlanta, USA, said: “The FLAURA data for osimertinib are likely to result in a major paradigm shift in the treatment of patients with EGFR mutation-positive advanced lung cancer. Not only did the trial demonstrate a robust improvement in efficacy with osimertinib when compared to other commonly-used EGFR inhibitors, the side effects profile was also more favourable with osimertinib”.

Professor Lee added: “This study has the potential to change current practice. The FLAURA results provide the basis to establish Osimertinib as the new standard of care as first line TKI treatment to treat EGFR-mutant advanced NSCLC.”