Playing a Blinder: how Steven Knight is breaking conventions in TV and cinema

How did writer Steven Knight (UCL English, 1980) go from co-creating the smash-hit game show Who Wants to Be a Millionaire to spawning a new global subculture with gangland drama Peaky Blinders? As he received his UCL Honorary Fellowship last month, we found out… 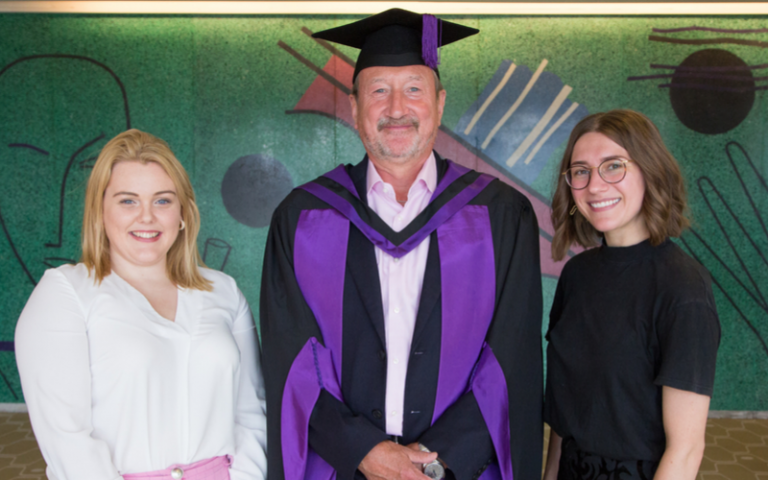 Here at UCL, we’re fuelled by ‘disruptive thinking’. It's a concept that can be applied to any field. And leading the charge for ‘disruptive writing’ in the entertainment sector is UCL alumnus Steven Knight, the man behind the international hit TV series Peaky Blinders, who first found major success by co-creating the game show Who Wants to Be a Millionaire.

In September 2019 Steven was recognised with a UCL Honorary Fellowship to celebrate his success. “It means an enormous amount,” he says. “You pass through university in a flash and wonder if you were even noticed. When you are recognised subsequently, it is a huge honour, as if the Gods have looked down and decided you’re okay.”

Born and raised in Birmingham, Steven’s roots lie in the very culture he now portrays in Peaky Blinders; his father was a blacksmith in Small Heath, and his mother was a runner for illegal bookmakers as a child in the 1920s. Fascinated by words, Steven came to UCL in the late 1970s. “I was drawn to its radical humanist credentials,” he explains. “I wanted to move to London and for me there was only one university in the capital.”

At UCL, Steven was inspired by the linguist and UCL Professor Lord Randolph Quirk CBE, FBA, who opened up a whole new way of thinking for the young writer. He explains: “Professor Quirk once began a lecture with the assertion ‘there’s no such thing as a word’ and proceeded to prove it. If there’s no such thing as a word, there are no rules. ‘No rules’ is a rule I have tried to live by.”

Fittingly, Steven’s career path has been anything but conventional. After spending some time exploring America, he worked in a shoe shop, then an advertising agency, and then Capital Radio. He also began writing material for television, notably for comedian Jasper Carrott. Then, in the late 90s, he and his writing partners David Briggs and Mike Whitehill came up with the concept of a show called Cash Mountain. Before it launched, the name was changed to Who Wants to Be a Millionaire and it became the most watched TV programme ever made - globally. 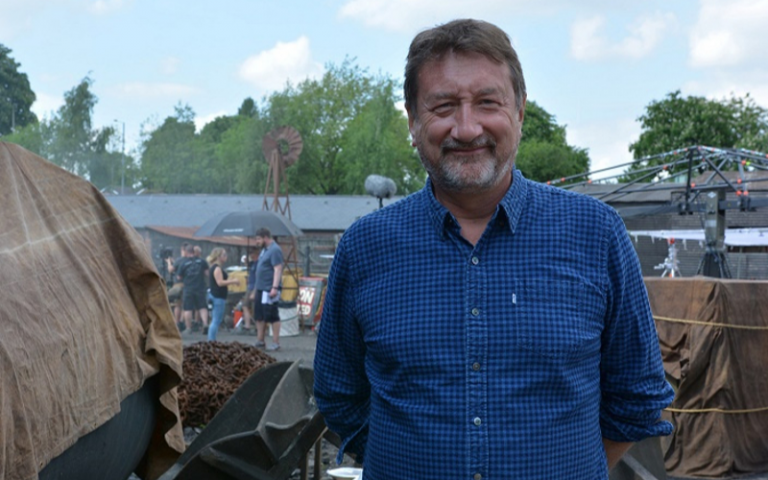 With light entertainment conquered, Steven turned his hand to films - working variously as a screenwriter, producer and director. He wrote 2002’s Dirty Pretty Things, which was nominated for an Oscar. His other film credits include The Hundred Foot Journey, Allied, The Girl in the Spider’s Web, Hummingbird, Locke and this year’s Serenity - an off-the-wall fantasy-drama which met with some confusion in the media. “Serenity is my bullied baby who I always defend,” says Steven. “I love that movie because it doesn’t fit with any genre, and it takes risks.”

But for all his diverse successes, Steven’s internationally adored TV series Peaky Blinders may be his masterpiece. Now into its fifth series, the Birmingham gangland drama, which stars Cillian Murphy and many more big names, has garnered adoring fans and spawned its own subculture of 1920s-inspired fashion and parties. In 2018, it won the BAFTA for Best Drama Series. “Like Serenity, Peaky was a risk,” says Steven. “But with TV, your audience gets time to find you.”

Having created a CV full of successes in numerous media fields, Steven has some advice for those graduating from UCL with big dreams. “Don’t be realistic,” he says. “Do the thing you most want to do. I wasted so much time thinking it wasn’t possible to make a living as a writer and trying to do sensible things. As Leonard Cohen once said ‘all you need to be a writer is arrogance and inexperience’.”

Stay in touch with your fellow alumni all over the world by joining the Alumni Online Community – our exclusive networking platform for UCL students and alumni.