Over 260 guests including UCL academics, staff and the generous donors who support the university gathered to witness the unveiling of a new Donor Wall, which celebrates the partnerships that bring UCL to life. 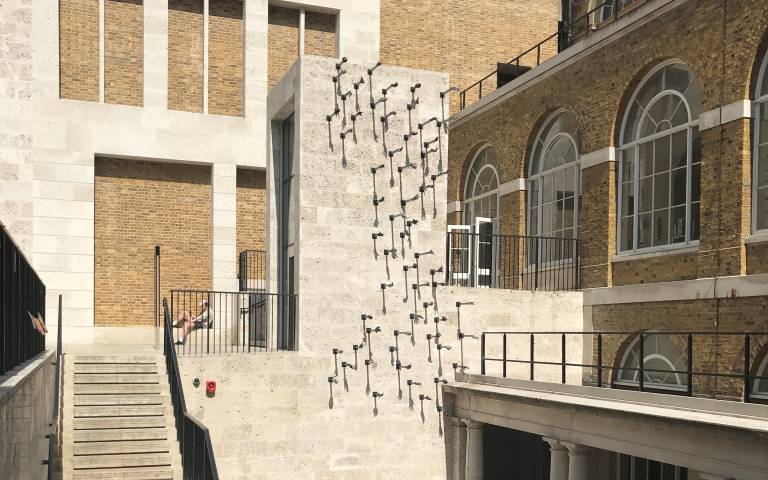 UCL President and Provost, Professor Michael Arthur today unveiled a new Donor Wall at the heart of the Bloomsbury campus to recognise the power of philanthropy and the transformational vision of those who give.

This striking art installation has been created by Slade School of Fine Art graduate, Dr Sarah Fortais, and features aluminium and bronze cast hands of over 60 of UCL’s most generous donors.

Each hand on the wall is completely unique. While many of the hands have been cast from the donors, other partners have chosen a representative from UCL’s community to have their hands cast on their behalf. The youngest hand cast is 15 years old and the oldest 99 years old.

Among the 60 individuals and institutions featured on the Donor Wall are:

Donors on the wall are members of the UCL Circle of Benefactors who have supported UCL with transformative giving over £1 million in areas such as cancer research, neuroscience, scholarships and more.

During his opening address at the event, Professor Michael Arthur said:

UCL’s new Donor Wall is a celebration at the heart of our campus of the power of philanthropy and the vision of those who give. It is thanks to this transformational philanthropy that some of UCL’s most impactful work is now directly benefiting lives around the world. I am delighted that we are building recognition of our generous donors into the fabric of UCL.”

Guests also heard from UCL alumnus and supporter, George Farha. Since graduating in 1991, George has remained an active part of UCL’s community and been an avid supporter of UCL students and their experience on campus.

George commented on why he gives to UCL saying:

“I support UCL because of its excellence and its international impact. And because I completely endorse its determination to be a global force for good, educating its students to be global citizens." As part of the event, Angharad Milenkovic, Director of Development within OVPA announced that the It’s All Academic fundraising campaign has hit the £525 million milestone ahead of schedule.

Angharad said: “The Campaign funding is doing so much good in a variety of ways. And students are benefiting hugely, whether that’s through scholarships, a better campus environment or more broadly through their ability to be educated in a university that is home to some of the best researchers and research in the world.”

The Campaign also has an engagement target of 250,000 volunteering hours, with alumni contributing 178,515 hours to date, representing activities such as mentoring for current students, activities to support alumni networking and career development, and advice and advocacy for UCL’s staff. 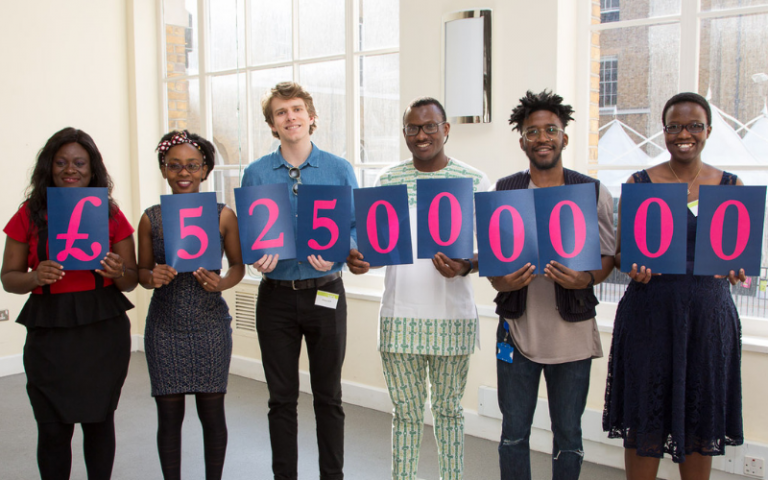 About It’s All Academic – The Campaign for UCL

In September 2016, UCL launched It’s All Academic – the Campaign for UCL. It is UCL’s most ambitious philanthropic Campaign to raise £600 million for world-impacting research, far-reaching student support and transformative capital projects.