It’s All Academic Campaign heats up

This summer, we've marked some key milestones in the campaign including exceeding £500 million raised since 2016, accumulating over 180,000 volunteer hours and the unveiling of UCL’s Donor Wall to recognise the university’s key philanthropic partnerships. 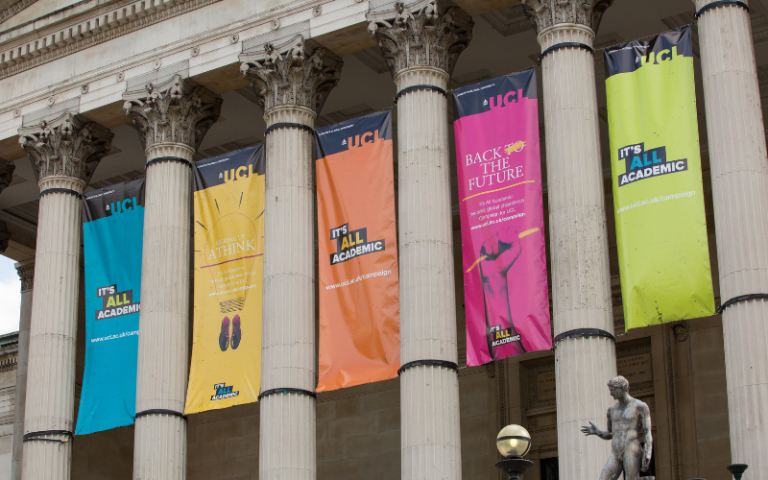 At the heart of the It’s All Academic campaign are the people and organisations who are giving their time and donating gifts to UCL. Their generosity is driving research forward, supporting students and ensuring UCL’s great minds can change the world. Over the last few months, we’ve had the privilege of celebrating the impact the campaign has had with a few of these incredible people, both here on campus and across the globe at events in the US, Malaysia and Singapore.

Below are a few highlights from the last quarter. Over 260 guests including UCL academics, staff and the generous donors who support the university gathered to witness the unveiling of a new Donor Wall, which celebrates the philanthropic partnerships that bring UCL to life. 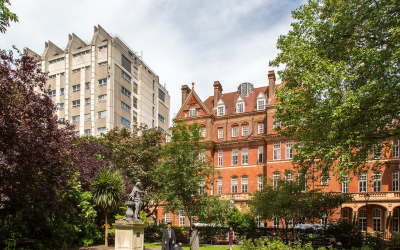 A new programme to test promising genetic therapies for neurodegenerative and dementia-causing diseases such as Alzheimer’s will be launched at UCL thanks to a £5m donation by the Sigrid Rausing Trust. 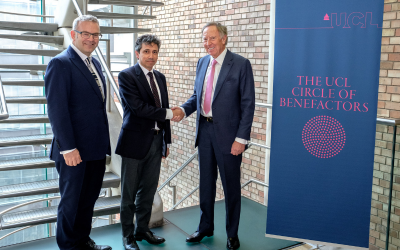 UCL Cancer Institute's lifesaving work has been bolstered by a £1.875 million donation from Sir Peter Wood CBE that will fund vital research, equipment and educational opportunities. “The main thing I’ve gotten from this trial is a chance to live life again, and to start doing things I love to do again." Scott Davies speaks about the vital cancer treatment trials taking place at the UCL Cancer Institute. 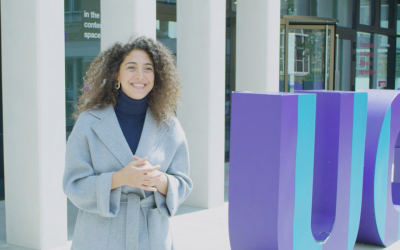 From mentoring the latest group of graduates through their next career steps to chairing the first Arab alumni association at UCL, we celebrated the hard work of alumni volunteer Luna Irshaid during Volunteers Week.

More on the Campaign

In September 2016, UCL launched It’s All Academic – its biggest ever philanthropy and engagement Campaign to raise £600 million and 250,000 volunteer hours for world-impacting research, far-reaching student support and transformative capital projects. By the end of July 2019, the Campaign total has reached £535 million and 180,000 volunteer hours.
Discover more about the campaign, what it supports and how to get involved here: https://www.ucl.ac.uk/campaign/about-campaign