In advance of his appearance at UCL’s It’s All Academic Festival on Saturday 15 September, Professor Mark Miodownik talks about the future of the stuff that makes up our world 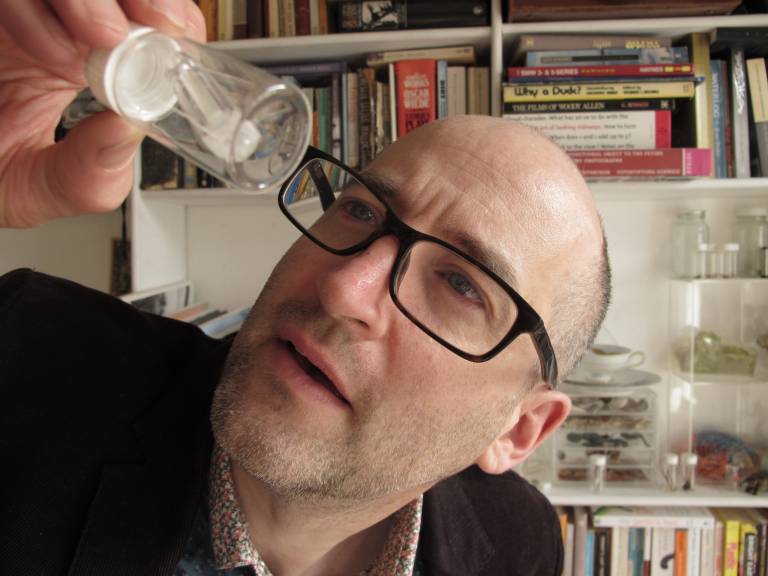 “On average a smartphone is replaced every 18 months,” says Mark Miodownic, UCL’s Professor of Materials and Society. “That’s lucrative for Apple but it doesn’t make sense for the rest of us or the environment. It’s all down to viability of repairs and updates. Smart materials are at the heart of a sustainable future.”

Mark is an expert on “stuff” – the stuff our word is made of and how it can be developed to transform the things we use and the places we live. He argues that, while the increasing complexity of our material world is causing a ‘replace rather than repair’ culture, the answer is not to make things less complex but to make them even smarter.

Take potholes, the bane of road users’ lives and a burden on the budgets of stretched local councils. Could we save money and angst by using driverless vehicles to spot them at an early stage, which can then use a 3D printer to precisely deliver tar to repair the hole? It may sound far-fetched, but that is  one of the projects Mark is working on with Leeds City Council as part of a consortium of universities – a project he describes as “creating autonomous repair systems that act as a metropolitan immune system.”

One such technology is concrete that can heal itself, opening up the possibility of tunnels, bridges and buildings with longer and more sustainable lifespans.

This technology takes advantage of a curious bacterium that excretes a mineral called calcite, one of the ingredients of concrete. Under normal conditions, the bacteria lie dormant and can do so for decades. But if the concrete in which it lives cracks, the humid air wakes them up, causing them to look for food. They find starch capsules left inside the concrete when it was manufactured, eat the food and excrete calcite - leaving repaired, pristine concrete behind them.

“The main drivers of such self-healing technology are economic and environmental, “ says Mark. “They promise to yield cities that are more like forests – self-sustaining ecosystems.”

For Mark, materials science is crucial to the economic and environmental sustainability of our future homes, towns and cities.

“Why can’t a phone last for 10 years like a car?” he asks. “And why can’t a car last 100 years like a house? A truly ‘smart’ phone would repair itself and, as with cities, this really is the only sustainable future.”