UCL Economics and Business graduate Cathy Lee and her husband Martin Lee have donated £3 million to support the university’s dementia research. One of the largest gifts to come to UCL from Asia. 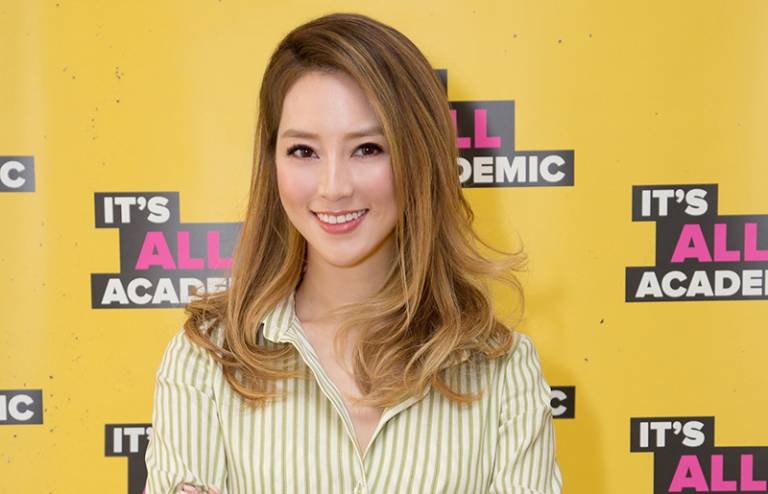 The funding will help to create a new state-of-the-art centre for UCL’s world-leading translational neuroscience research, with a particular focus on understanding, diagnosing, slowing and curing dementia. The new building will be home to the world renowned UCL Queen Square Institute of Neurology  as well as the hub and headquarters of the UK’s Dementia Research Institute – a £250 million initiative to bring together all of the UK’s research and clinical expertise to defeat dementia, based at UCL due to the university’s unparalleled neuroscience excellence.

Announcing the donation, Cathy Lee revealed that the experience of watching her grandmother live with dementia had brought home to her the far-reaching impact the disease has on the individual and the wider family.

Martin and I are so lucky to have the means to make a small contribution to the fight against brain disease. And having done our own research, it was clear that there was no better place to make a gift than at UCL. With their cutting-edge research and the progress they have already made in so many areas,” Cathy Lee said.“I know there is still a long way to go for dementia. But I know UCL is doing everything in their power to get there.”

“Nowhere in the world is better placed than UCL to make significant advances against dementia and philanthropy is the most amazing catalyst for real, sustained progress. This is an incredibly generous and far-sighted investment by Cathy and Martin that will make a tangible contribution to creating a future free from dementia. We’re thrilled that Cathy has kept her connection with UCL strong since graduating and that Martin has also become part of the UCL family.”

The donation will support dementia research at UCL which has already been home to ground-breaking discoveries on how dementia diseases develop, which genes can put people at greater risk, and finding ways of detecting the diseases years before symptoms appear.UCL researchers are now leading on landmark clinical trials testing new treatments for brain diseases that currently have no cure, such as Alzheimer’s, Huntington’s and Parkinson’s diseases.

The donation was announced in Hong Kong with a short ceremony to induct Cathy and Martin Lee into the UCL Circle of Benefactors – an exclusive group for UCL’s most generous donors who have given £1 million or more in philanthropic funding to UCL.

Cathy Lee, who graduated from UCL in 2004 with a BA in Economics and Business with East European Studies, and Martin Lee, a renowned business leader, are noted philanthropists in Hong Kong and around Asia. The two will be featured on UCL’s new Donor Wall, to be unveiled in spring 2019, which will create a permanent celebration of Circle of Benefactors members at the heart of the university. The Wall will feature castings of the hands of many of UCL’s senior donors – including Cathy and Martin Lee, who visited the university in summer 2018 to have their hands cast.

Cathy and Martin made their donation as part of UCL’s It’s All Academic Campaign to raise £600m to support UCL’s research, students and campus development. Now in its third year, the Campaign has raised a total of £480m towards its target.