The role technology is playing in advancing understanding of the brain and how it can go wrong was the main theme of a series of alumni galas in Hong Kong, Shanghai and Beijing this month. 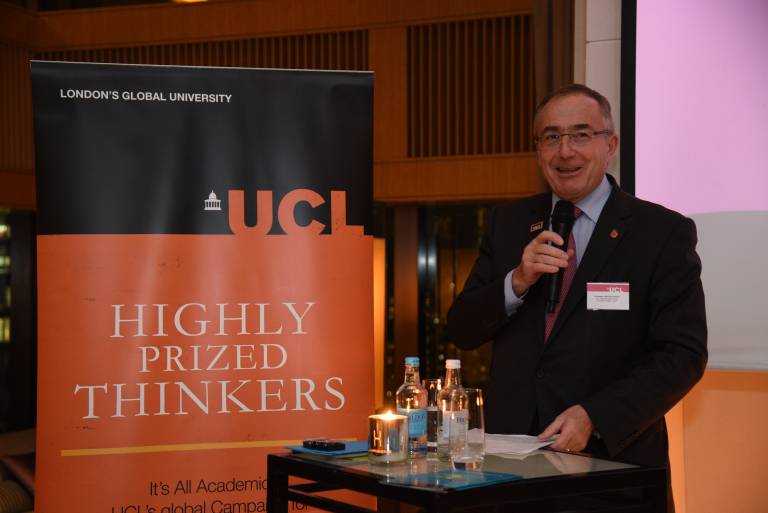 UCL celebrated the growth of its lively alumni associations across China and Hong Kong and also held the first UCL graduation events in Beijing, reflecting the growth of the Chinese community at the university, where one in 10 students is now from China. New graduates attending the events were warmly welcomed by Professor Michael Arthur, President & Provost of UCL, who said: 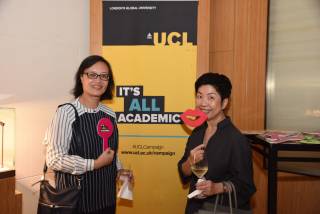 ”We cherish our close relationship with China. Every year, UCL welcomes thousands of students from China to study at both undergraduate and postgraduate level. To be able to celebrate some of them and their achievements in their home country is a huge honour."

Alumni and supporters had a special opportunity to hear about the very latest world leading work from UCL. Speaking at each alumni event, Professor Alan Thompson, Dean of UCL Brain Sciences, https://www.ucl.ac.uk/news/news-articles/1117/081117-ucl-shanghai-reception-dementia, bringing together apps, neuroimaging, machine learning, virtual reality and even emojis. 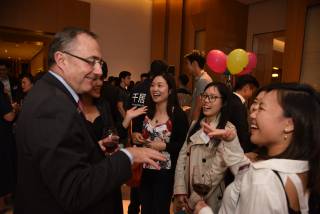 This dedicated work on dementia is one of the key elements of the UCL It’s All Academic campaign to raise £600 million for world-impacting research, far-reaching student support and transformative capital projects. The campaign has raised over £344 million in its first year.

The visit has also strengthened UCL’s ties with Peking University, with the two universities extending their partnership and drawing up a roadmap to tackle global challenges. Projects include creating a blueprint for sustainable cities, teaching Mandarin in English schools and reducing the occurrence of spina bifada, one of the world’s most common birth defects.

Professor Lin said: “The partnership between UCL and PKU is a model of positive, cooperative, and comprehensive connections that span the globe and play an important role in enhancing mutual trust, solving global issues, and advancing civilization.”