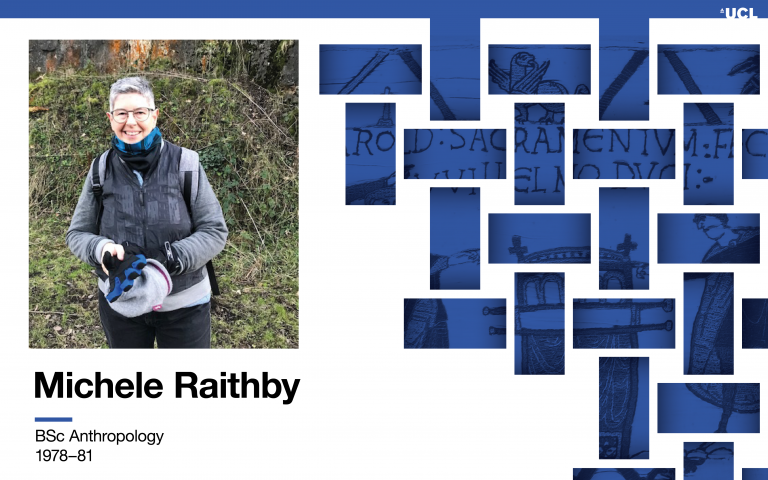 Michele Raithby is Associate Professor in Public Health, Policy and Social Sciences at Swansea University, specialising in sexuality and social care. Following their undergraduate study at UCL, Michele worked in a variety of educational, social care and research settings until qualifying as a social worker in 1986. After practising in London, they specialised in adult care, then the regulation and inspection of residential care settings, before undertaking further research and moving into social work education.

In their own words

In my first year at UCL I didn’t really know what I was in terms of my sexuality or gender, except that I didn’t feel terribly female. Nowadays I would probably identify as a ‘+’, bisexual or perhaps as ‘non-binary’, but gender or sexuality terminology such as that didn’t exist back then.

Growing up, I had an aunt who wore men’s clothes, had short-cropped hair, only ever had female friends and worked as a butcher – but there was no name for her ‘type’. It was only when I came to London that I met people who identified as gay.

One of the first friends I made on my course was Dave, who wore a badge saying ‘How dare you presume I’m heterosexual’. We were asked to entertain some students from the Soviet Union and bearded Dave decided to wear my only dress, a maxi cheesecloth number with blue flowers, with his Doc Martens. The Soviet students’ minder told us that ‘people like us’ were usually ‘kept in hospital back home’.

I started going to the GaySoc discos and remember once we were told not to go home from Angel tube station as the National Front was waiting for us. I was also chased and abused by some members of the public coming out of the Gay’s the Word bookshop. At the time I had a boyfriend and I went on to have a twenty-year heterosexual relationship, which ended when I left for a same-sex relationship.

My own path to self-identification has been long and slow, but my eyes were first opened to all the possibilities during my time as an undergraduate.