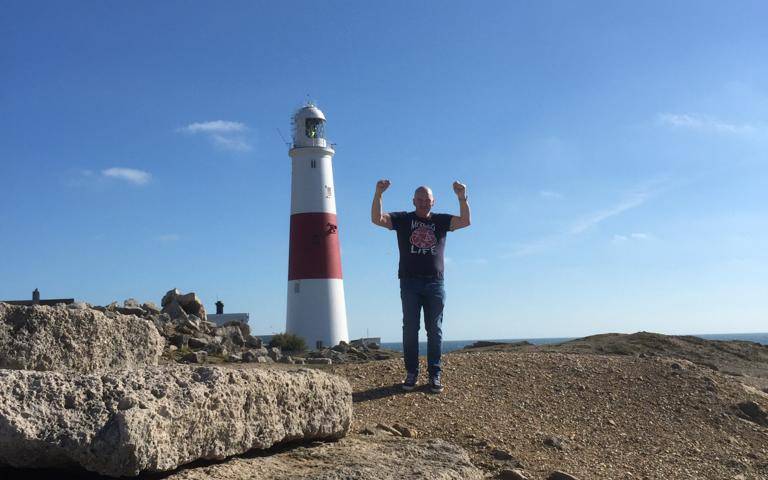 It isn’t always easy to see the direct impact philanthropy and private donations to medical science have on the world around us. Academic research is often complicated and technical by its very nature. But in the case of the UCL Cancer Institute, the effect is clear: money saves lives.

Take the CAR T-cell immunotherapy trials running at UCLH and Great Ormond Street Hospital for example. As well as providing the basis for new treatments which can be rolled out nationally and internationally, the trials themselves are proving to be a lifeline for the patients who sign up.

50-year-old Scott Davies is one such patient. He was a driving instructor in Nottingham until he started to feel unwell in 2015. Regular trips to the doctor and courses of antibiotics did little to help. So in March 2016 he visited the Queens Medical Centre in the city to see if they could identify the problem. Twenty-four hours later, he found himself at Nottingham City Hospital, newly diagnosed with acute lymphoblastic leukaemia (ALL).

“From that moment, when you’re in the doctor’s room, and they say ‘you’ve got acute leukaemia’, your world stops,” he explains. “My appointment was for three o clock, I remember looking at the clock while I was waiting. And at ten past three my life had changed immeasurably.”

Married, with two adult children, Scott and his family faced a tough physical and mental battle. He was initially given a 50% chance of survival, but stayed strong. “I decided: this isn’t going to beat me,” he says. Scott underwent chemotherapy, and in August 2016 he had a bone marrow transplant from an unrelated donor through the charity Anthony Nolan. Scott continues: “Three weeks later, I was out - they said I should go home, enjoy my life and crack on.” 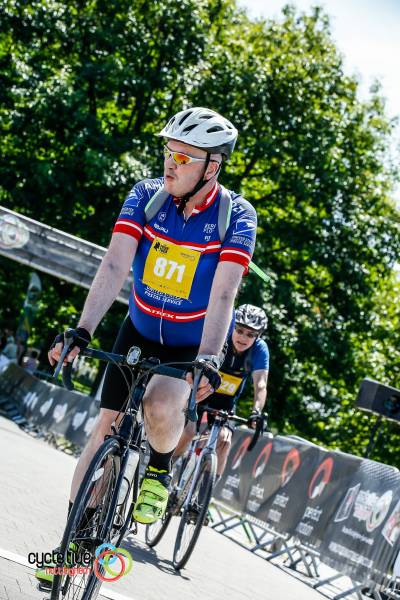 For a year and a half, Scott got on with things, but in February 2018, a repeat biopsy confirmed the leukaemia had returned. Having already had a bone marrow transplant, his treatment options were now limited. He was told about UCL’s CAR T-cell therapy trials and within a day had boarded a train to London.

Dr Maeve O’Reilly, Clinical Research Associate, explains how CAR T-cell therapy works: “T-lymphocytes, immune cells the body uses to fight infection, are harvested from the patients. They are then genetically modified in our laboratory to incorporate a synthetic receptor called a chimeric antigen receptor (CAR). Hence the name CAR-T cells. The cells are then returned to the patient. This modification means that the cells now recognise the patient’s cancer cells as foreign and destroy them as your immune system would destroy the common cold.”

Scott’s trial was a little different though. The lymphocytes were actually taken from his original bone marrow donor. “This is a good option for patients who may not be able to donate their own cells.” explains Maeve.

Scott was monitored closely for three weeks after treatment to assess for treatment-related toxicity. His treatment course was uncomplicated and six months later he is in complete remission.

All the treatment to date has taken its toll on Scott but he has regained enough strength to resume his new passion – cycling. It’s something he took up after reading the story of Lance Armstrong’s fight against testicular cancer. And Scott attributes much of his own mental strength to reading about Armstrong: “‘Your hope has got to be stronger than your fear of failure’: that’s one of my favourite quotes from him. I know he’s a bit of a sociopath on a bike, to put it bluntly! But he inspired me to start cycling and use that to get fit and strong. I ride out regularly now.”

Funding helps to save lives

This ground breaking work, undertaken by some of the finest academics in the world, would not be possible without funding. The trial which Sott was on was funded by the EU Advanced T-Cell Engineered for Cancer Therapy (ATECT) FP7 project. The trial was also funded by the National Institute for Health Research (NIHR) and supported by UCH Biomedical Research Centre. Some of the money for trials such as these comes from grants, but they take valuable time to apply for and only cover a small fraction of the money needed. What really drives the work forward is a combination of philanthropic and private donations from people who connect with the themes of the research.

“People may not have that much interest in funding what seems like ‘basic science’”, says Maeve O’Reilly. “But if they can see how their support has a direct impact on real lives, see patients and hear their stories, we hope that this will inspire donors who really want to make a difference.

“It blows our minds as researchers that we can turn these lives around, and it’s all happening so quickly. If people really want to see their donations make an impact, the UCL CAR T-cell programme is a great example of the rapid translation of science from the bench to the bedside. Our patients are getting a second chance at life”

Since the end of last year, CAR T-cell therapy has been available via the NHS for certain types of leukaemia and lymphoma, but there is still much work to do in terms of broadening its usage.

Maeve O’Reilly explains: “We now have NHS-approved CAR-T cell products for patients with B-ALL under the age of 25 years and adults with B-cell lymphoma. However, at UCL Cancer Institute we’re always looking for the next big thing - treatment that could be made available to patients who have failed all other lines of therapy”.

A further challenge is to apply the principles of CAR-T cell treatment to solid cancers - a breakthrough which would really change the face of cancer treatment going forward. “We are not there yet with solid tumours,” says Maeve. “But that’s why we need more research in this area. I don’t doubt that immunotherapy will be effective for solid tumours, it will just take more time.”

So the UCL Cancer Institute’s work continues, as does the drive for more funding. But as Scott’s story shows, advancements are being made all the time. “CAR T-cell therapy has transformed my life beyond words,” he says. “If anyone is thinking of donating money towards the trials, you have to remember how much it affects individual people. People are now starting to realise there’s a chance you can have some treatment and beat this stuff. It used to be that if anyone mentioned the ‘c’ word, everyone assumed it’s the end game, but things are changing and that’s amazing.

“The main thing I’ve gotten from this is a chance to live life again, and start doing things I love to do again. Had I not done the UCL trial, all of that would have been taken away from me.”