Thanks to Carol, and her family, UCL researchers uncovered the first genetic cause for dementia. 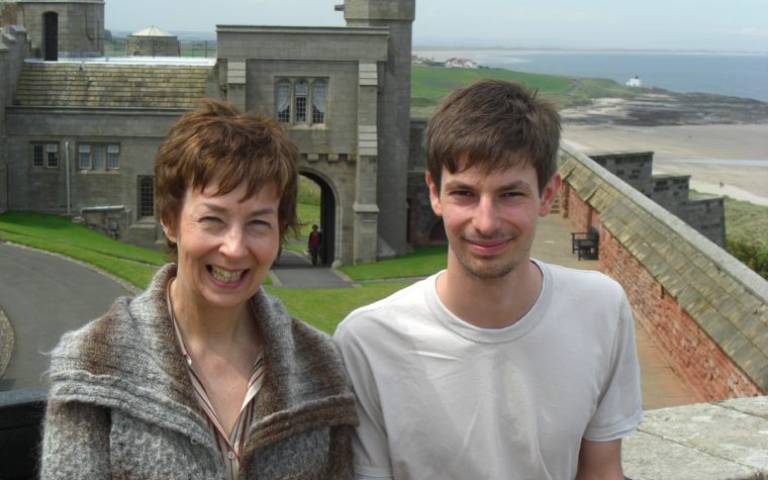 Carol Jennings, from the Midlands, no longer recognises her family but thanks to an act of extraordinary determination and foresight in 1986, she may eventually help them. Carol, like her father and many other members of his family, suffers from an uncommon form of Alzheimer’s disease that has a 50:50 chance of passing from one generation to the next. This form of Alzheimer’s, known as familial Alzheimer’s, strikes its patients before the age of 65, much sooner than the typical disease, and the condition deteriorates much faster. She was diagnosed in her early 60s and is currently under the care of Professor Nick Fox’s team at the UCL Institute of Neurology. Her relationship with the team at the UCL Dementia Research Centre, however, goes back a further 30 years.

Carol noticed a worrying trend in her family as her father, and several other relatives, were diagnosed with Alzheimer’s before the age of 60. In the 1980s dementia was still a taboo subject so it took great courage for Carol to share her family’s story with researchers across the country. All the researchers she had contacted turned her down until 1986 when she made contact with Professor John Hardy, then a doctor at St Mary’s Hospital in London (now at UCL).

Hardy’s team took an interest in Carol’s family and in 1991 Alison Goate, a junior researcher in the team, discovered that the disease affecting Carol’s family was caused by a specific faulty gene. Professor Goate recalls, “This was like, boom, a eureka moment. I’m the first person to see a cause of Alzheimer’s, thanks to Carol and her family!”

This research gave the languishing Alzheimer’s research field the impetus it needed, jump-starting the transformation in knowledge that means researchers tackling the disease today are in a position to be optimistic. In recognition of this pioneering advance, Professor Hardy was the first UK winner of the Breakthrough Prize in Life Sciences, which honours transformative advances in understanding living systems and extending human life.

The study into Carol’s family was the forerunner to the biggest research project into familial Alzheimer’s ever undertaken; the Dominantly Inherited Alzheimer’s Network (DIAN). Data collected at UCL, tracking how the brain changes over time using MRI and other brain scans, has enabled scientists to show that the disease can be detected in people’s brains over a decade before symptoms appear. As Professor Fox says, “without Carol and her family, and families like hers, we would not have known that.”