UCL Division of Psychology and Language Sciences and UCL Institute of Ophthalmology have both received a Silver Athena SWAN award in recognition of their commitment and progress towards gender equality. 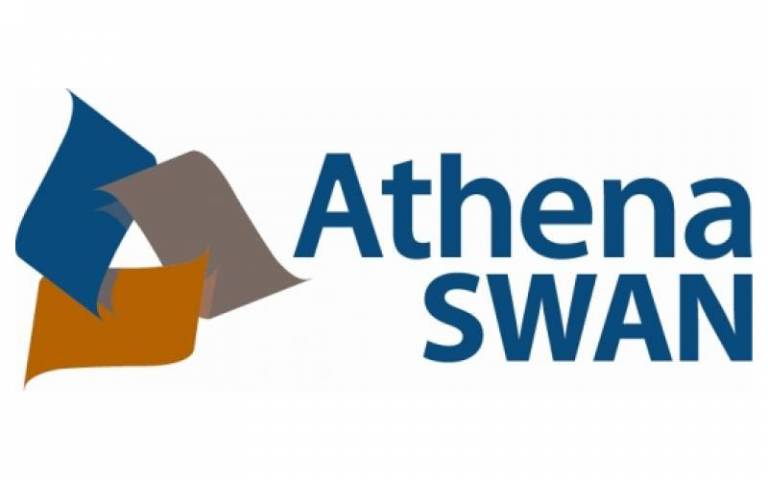 The Athena SWAN awards celebrate good practice in higher education and research institutions towards the advancement of gender equality, representation, progression and success for all.

Institutes that sign up to the charter commit to adopting ten principles that focus on promoting and supporting gender equality for women. The charter aims to address what is known as the “leaky pipeline” of women progressing to senior roles in science by removing obstacles to their advancement, ensuring equal pay and mainstreaming support through action at all levels across the department or organisation.

In the latest round of awards, the Division of Psychology and Language Sciences (PaLS) and Institute of Ophthalmology (IoO) have both achieved a coveted Silver Athena SWAN Award, recognising their dedication to the advancement of equality through the evidence-based actions plans and initiatives set in place to eliminate gender bias.

Professor Andrew Dick Director UCL Institute of Ophthalmology said: “I am delighted and proud that the inherent and extraordinary belief and will of the institute to drive a culture of equality and inclusiveness for all has been recognised with this award. The award commented how substantial our changes have been and are supportive of our ambitious plan going forward. A huge thanks to the excellent leadership.”

Professor Peter Fonagy Head of PaLS said: “The award reflects the commitment of this Division to prioritising the issue of equality and inclusiveness. It demonstrates the exceptional efforts of a dedicated and steadfast group under outstanding leadership, to produce a compelling reflection of the Division’s achievements.”

Professor Alan Thompson Dean of the Faculty of Brain Sciences said: “We are delighted that two of our departments were awarded silver in this round - a recognition of the huge amount of work and commitment in IoO and PaLS and a very important step towards addressing inequalities in our workplace. This award is appropriate recognition of the changes and improvements we’ve made across the Faculty.”

With the UCL Queen Square Institute of Neurology already having been awarded Silver, the latest awards given to PaLS and the IoO means now over 80 per cent of staff and students in the Faculty are recognised by a Athena SWAN Silver award demonstrating a significant record of activity and achievement in promoting gender equality.

The Athena SWAN Charter was established in 2005 to encourage and recognise a commitment to advancing the careers of women in science, technology, engineering, maths and medicine (STEMM) employment in higher education and research.

In 2015 the charter was expanded to include non-STEMM subjects and recognise work undertaken in arts, humanities, social sciences, business and law (AHSSBL), professional and support roles, and for trans staff and students. The charter now recognises work undertaken to address gender equality more broadly, and not just barriers to progression that affect women.