As we mark Dementia Action Week this May, UCL’s Professor of Psychiatry of Older People, Professor Gill Livingston says dementia research has come a long way over the last two decades in understanding a raft of ways to prevent the disease. 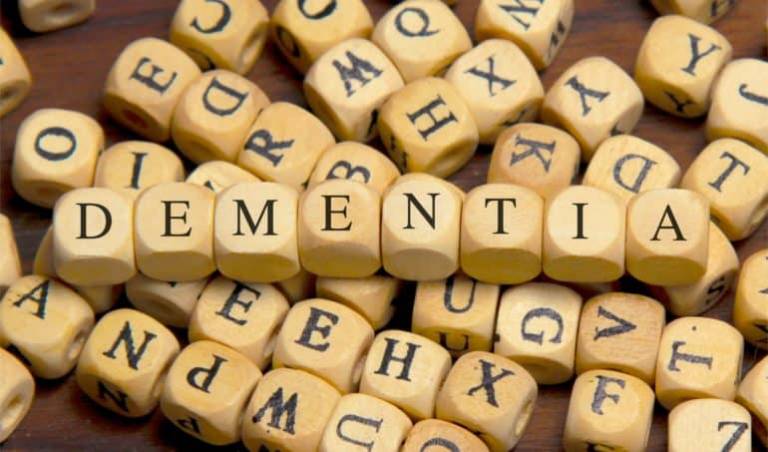 Recent research has supported our understanding of some preventable causes of dementia – and UCL is playing a key role in the discovery of this advanced learning and is fuelling the next generation of dementia academics. Indeed, no other university has a research-based Master’s degree. Not only do we have a large cohort of students on the specialist MSc but many other students within the Faculty of Brain Sciences have enrolled on the dementia modules and then gone on to dementia research PhD and post-doctoral work. The university is creating an exciting future for dementia research in the UK and globally by providing the next generation of dementia academics.

Now the progress in dementia research needs be matched by the implementation of the findings. This is the time for action and change.

How is UCL meeting the dementia challenge?

This is the important question which will be raised at a virtual panel discussion hosted by UCL on 19 May to mark Dementia Action Week, which runs from 17-23 May 2021.

Worldwide around 50 million people live with dementia, and this number is projected to increase to 152 million by 2050. Dementia affects individuals, their families, and the economy, with global costs estimated at about US$1 trillion annually. As such it is one of the biggest global health problems facing societies today.

The panel discussion will be an important moment to examine how UCL's flagship Dementia MSc is helping to meet the global dementia challenge - by focusing the university’s leading research and expertise in dementia prevention, diagnosis and treatment to inspire and equip the next generation of international clinicians and scientists to solve the daunting challenge of preventing and treating dementia.

The new UCL Dementia MSc examines the causes, treatments and research and is offered jointly by the Division of Psychiatry and the  Institute of Neurology. It provides research-oriented and cutting-edge training in the study of dementia and its scientific basis, led by international leaders in the science and practice of dementia. Two specialised pathways, in mental health and in neuroscience, are offered.

I believe that action in dementia prevention and treatment should be driven by interdisciplinary teams. UCL excels in drawing together experts from a wide variety of specialisms including not only psychiatry, neurology and basic sciences but also engineering, pharmacy, social science and sociology to think differently about our approach to preventing, delaying and treating dementia.

At the dementia panel discussion, I will be joined by other panellists who will include distinguished academics, early career researchers and practitioners, as well as current students and alumni from our Dementia MSc programmes. We will also be addressing the specific theme of Dementia Action Week - the impact of COVID-19 on people with dementia and the shortfall in the social care system, and how we are educating clinicians and researchers to tackle this.

I have recently led a new Lancet report which revealed that modifying 12 risk factors from childhood to late life could delay or prevent 40% of dementia cases.

Our study, led by 28 world-leading dementia experts, is a 2020 update to ‘The Lancet Standing Commission on dementia prevention, intervention, and care’ first published in 2017 that originally found nine risk factors. Now we have been able to add head injury and harmful alcohol drinking in mid-life, and air pollution exposure in later life, to the list of preventable causes of dementia. Combined, the three new risk factors are associated with 6% of all dementia cases worldwide – with an estimated 3% of cases attributable to head injuries in mid-life, 1% of cases to excessive alcohol consumption (of more than 21 units per week) in mid-life, and 2% to exposure to air pollution in later life. The remaining risk factors are associated with 34% of all dementia cases. The factors associated with the greatest proportion of dementia cases in the population are less education in early life, hearing loss in mid-life, and smoking in later life (7%, 8%, and 5%, respectively).

The new report calls for nations and individuals to prioritise the prevention of dementia and gives implementation recommendations with a set of policies and lifestyle changes to help prevent dementia. I believe that it is within the power of policy-makers and individuals to prevent and delay a significant proportion of dementia, with opportunities to make an impact at each stage of a person’s life.

These actions are especially important in low- and middle-income countries where dementia rates are rising more rapidly than in high-income countries, and where around two-thirds of people with dementia live. This is a result of increasing life expectancy, and a higher frequency of certain dementia risk factors – such as lower rates of education; high rates of hypertension, and hearing loss, and rapidly growing rates of diabetes.

UCL’s research continues and we anticipate that within the next few years further knowledge added to ‘The Lancet Commission on dementia prevention, intervention and care’ will give more understandings on the role sleep and nutrition play.

We have come a long way over the last two decades in understanding dementia and progress has been made in health policy with Public Health England including dementia in the midlife NHS Health Check (for those in England aged 40-74). But now is the time to work with policy makers and charities to implement our research recommendations and put into practice simple interventions that could make a huge difference to individuals, families, society and the economy.