UCL and Eisai recently announced that the first drug candidate from their research collaboration, has been selected by the Dominantly Inherited Alzheimer Network Trials Unit (DIAN-TU), as the first investigational medicine among anti-tau drugs for their DIAN-TU tau study. 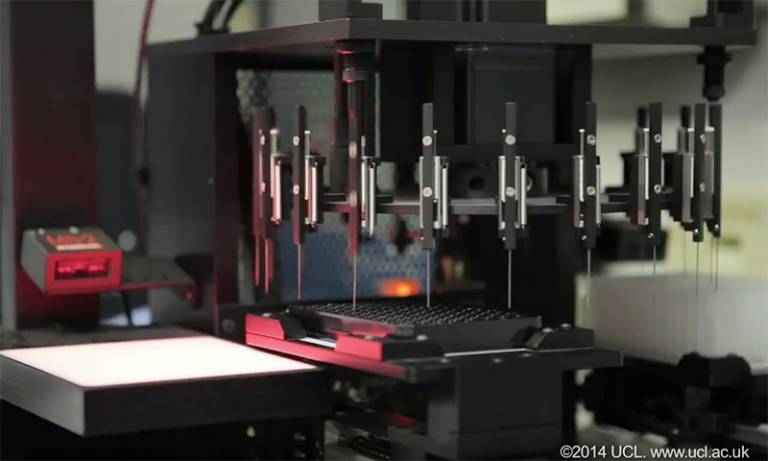 People who inherit mutations that cause Alzheimer’s disease almost invariably develop the cognitive impairments of the disease at an earlier and more predictable age, often developing symptoms around the same age their parents did; in their 50s, 40s and even 30s.

The DIAN-TU tau next-generation program will evaluate three anti-tau drugs in clinical studies and has selected E2814 as the first investigational anti-tau drug. The clinical study aims to determine whether such drugs affect tau phosphorylation, tau tangles and the damage caused by them, thereby slowing or stopping the progress of Alzheimer’s disease.

UCL’s principal investigator Professor Rohan de Silva (Queen Square Institute of Neurology) said: “The research with DIAN-TU is to test if administering E2814 can prevent onset or slow progression of Alzheimer’s disease in people with the rare inherited forms of Alzheimer’s disease. Tau protein is a central player in disease progression. E2814 targets those parts of tau that are essential for its conversion to its toxic and damaging form and thus prevents this conversion.”

“This testing provides the opportunity for early therapeutic intervention, before the onset of symptoms or at early-stage with mild symptoms. This is when disease-associated damage is less widespread and, possibly reversible, with a better chance that targeted therapies will work to halt the disease or slow progression. This partnership will also enable further validation and refinement of clinical and biomarker criteria for diagnosis and progression of the disease and also track the efficacy of therapies.”

“Also, with the promise of refinements in clinical and biomarker tests that would allow identification of people with Alzheimer’s disease, but before the onset of symptoms, where there is a better chance of therapeutic benefit,” said Professor de Silva.

Professor Tom Warner (Professor of Clinical Neurology) at UCL Queen Square Institute of Neurology and UCL co-chair of the Eisai-UCL Therapeutics Innovation Group, said: “This is a very exciting development for the unique collaboration between Eisai and UCL and the Therapeutic Innovation Group that delivers the strategy at UCL. E2814 is an anti-tau antibody developed jointly by UCL and Eisai and is already undergoing Phase 1 trials in sporadic Alzheimer ’s disease in the United States. The selection of E2814 for use in the DIAN-TU study, in sites in the USA and at UCLH, is another important step in assessing the efficacy of the antibody in familial AD, and the drive to help people with this devastating form of dementia.”

Dr Cath Mummery, head of clinical trials at the Dementia Research Centre, UCL, and chief investigator for the DIAN-TU trial program in the UK, said ‘This is a fantastic achievement for UCL: to develop a candidate drug from preclinical stages through to clinical trial, and is made possible by this partnership, our expertise in preclinical work and extensive experience in conducting early phase trials in dementia. As we’ve learned more about Alzheimer’s, we understand that tau plays a critical role in disease progression alongside amyloid; this is the first anti-tau treatment we will study in these families with genetic forms of Alzheimer’s; this important work advances the field towards our goal of discovering an effective treatment for this dreadful disease.

Professor Alan Thompson, Dean of UCL Faculty of Brain Sciences, said: ““This achievement is a result of the unique partnership which brings together UCL’s world-class academic research capabilities and Eisai’s industry, drug discovery expertise. This next phase of the collaboration highlights the success of combining our expertise to work towards developing innovative treatments for patients with neurodegenerative diseases.”

There are currently over 500,000 people with dementia in the UK and this is expected to rise to around a million by 2040. One in 6 people over the age of 80 have dementia with 60-70% of these with Alzheimer’s disease.