To mark the United Nation’s International Day for the Elimination of Racial Discrimination (21 March) we spoke to Dr Lasana Harris the Faculty of Brain Sciences’ lead for Race Equity about his research in this area and how the Faculty is working towards promoting equality. 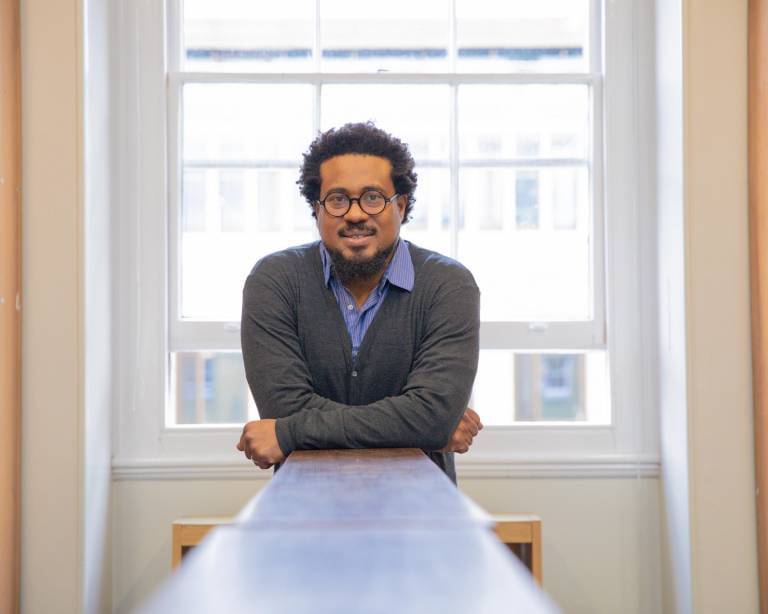 Can you tell us about your research and why it’s important to society?

My work on dehumanisation elucidates the psychological mechanisms underlying such behaviour. Dehumanisation is behaviour, which we can’t ethically study. What we explore instead is dehumanised perception, defined as failing to consider another person’s mind; their thoughts, feelings, emotional states, goals, motives, and so on. Indeed, we have discovered that dehumanised perception is an everyday phenomenon, something we are all capable of, and probably engage each day. There are a variety of reasons why we would dehumanise another; if the situation encourages it, to avoid empathic exhaustion or emotional burnout, to spare ourselves unwanted feeling like guilt, and to rationalise past bad behaviour. This is important for society because it recasts the focus for human atrocities to the situations that led to such behaviour, rather than the individuals who committed the atrocities. So in the case of genocide, we have to examine the historical and political circumstances that make genocide possible, rather than the ‘bad apples’ who committed the genocide. This makes avoiding such occurrences less likely in the future.

What specific race equity initiatives are you involved in as part of your role?

The Inclusive Curriculum Health check (ICHC) is a tool to help degree programme teams diversify their curriculum. It helps them identify areas around content and assessment that could be improved, and strategies for change and improvement. This measure was adopted by UCL and is now part of our Annual Student Experience Review (ASER) process of programme review. The idea is that any curriculum could benefit from undergoing this Health Check. We have introduced a new Science of Bias module to bias train our undergraduate students. On a study trip to Utrecht University in the Netherlands, I saw that they had created a mandatory module for their undergraduates where they talked about the science behind bias. We have learnt so much in the last couple of decades about how bias operates, it is obvious we should share this with our students. We conducted focus groups in the faculty and at the wider UCL level and discovered that Black, Asian and minority ethnic (BAME) students did not feel a sense of belonging, not just with their departments or the university, but amongst their cohort as well. Therefore, we thought that creating such a module would be a way of educating our students about the latest cutting edge scientific research related to bias, facilitating bias training. I have a very dim view about traditional approaches to bias training because of the focus on implicit bias, and the research backs up such pessimism, so I wanted to do something that was novel and potentially more effective. It covers not just social psychology, but neuroscience, genetics, and evolutionary anthropology dispelling societal myths, tackling issues in these disciplines regarding how we conduct our science and addresses UCL’s involvement in the eugenics movement.

Can you tell us about the BAME awarding gap in Higher Education?

There exists both an awarding and a pay gap, where people of BAME backgrounds earn less money and receive less exemplary grades. BAME is a poor umbrella term, but it does capture the fact that these discrepancies are more likely if you are not of traditional Western European descent. In both cases, the gaps are attributable to differences at the top; there is less ethnically and racially diverse staff at the highest pay grades, and less ethnically and racially diverse students receive a first. Addressing both gaps is complex, but in each case, we have started with qualitative research, led by experts in the field. This then informs our strategy, which is multi-pronged. For the awarding gap, initiatives such as the introduction of a Science of Bias module for our undergraduate students and the ICHC are initial attempts, but more is in the pipeline. For the pay gaps, we are reviewing hiring and promotion practices and policies, and designing training specifically to address the unique situation here at UCL and in our Faculty.

COVID-19 has heavily impacted young people, including those from minority backgrounds, exacerbating existing structural inequalities - what role do universities have in tackling this?

Universities can help broaden their pipeline so we get more BAME young people interested in Higher Education, and in STEM specifically. We can also support all students, including minority students, by making their student experience better and providing more resources and services. We need to listen to our students to inform the best course of action, rather than assuming that we know what is best. We have created fellowships for doctoral training for Black students in the Faculty of Brain Sciences.

How can institutions ensure BME student success in Higher Education?

We can partner with the plethora of grass-roots organisations and government organisations already engaged in such work. We also need to review the barriers we have created historically to access these hallowed halls, including financial barriers, and come up with creative solutions to circumvent or remove them. For instance, we have created fellowships for doctoral training in the Faculty for Black students. This will increase the number of highly trained scientists that we can draw from when hiring academic staff. Such initiatives are vital for creating a more fair society and restoring equity. Remember, centuries of discriminatory policies and practices have created an uneven playing field while benefitting others for generations, and we have to move beyond equality if we really want to redress this.

You completed all of your Higher Education in the US (Howard University, Washington, and Princeton University). How successful do you think other countries’ approaches to creating a more inclusive student body have been?

The US is not the UK. It is difficult to import their approaches here because culturally and historically, they are different. Howard was set up out of the end of the American Civil War during Restoration as a teaching college for formerly enslaved people. Affirmative action policies in the US seek to redress the continued structural discrimination there. Whether such policies would work in the UK is open to debate, but any approach has to take the British approach to racism into account. This society is socially stratified, thus race can often seem like it is not an issue. But the ‘head in the sand’ approach is not going to work. Younger generations are demanding change, and the arc of history is moving in that direction whether people like it or not. We have to embrace the role the UK has placed in creating the society that now exists, including the problems and deficits in health, income, education, and the like that continue to plague people of colour. Only then will we be able to develop approaches that truly work for this society.