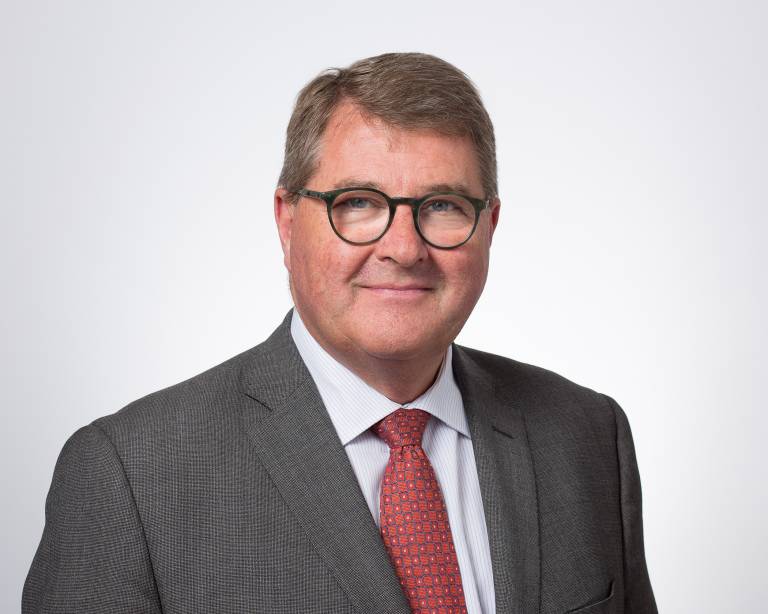 In this issue I firstly wanted to pay tribute to Dr Lori Houlihan, former UCL Vice-Provost (Advancement) who has sadly died after being diagnosed with brain cancer in 2019. It was Lori’s vision for enhancing UCL’s position in London which was so truly ambitious and exciting, and which led me to apply for the position of Pro-Vice-Provost (London) in 2019. When Lori’s portfolio expanded to include UCL’s London strategy, I was thrilled to be working with someone who was so passionate and committed to amplifying UCL’s impact in and for London. Lori will be so sorely missed; a full tribute can be found on the UCL News website.

From 1st April the London Office formed part of the new Office of the UCL Vice-Provost (Research, Innovation & Global Engagement) – RIGE – which brings together a range of functions, services and resources across the UCL community and external partners. We have joined our colleagues from Research, Innovation & Enterprise, Global Engagement, UCL Culture, UCL Doctoral School, UCL Library Services, UCL Business, UCL Consultants, AI for People & Planet and UK teams to enable greater impact locally, nationally and internationally. By working even more closely, we look forward to using our collective expertise to enhance our engagement and impact within and for London.

As set out in the London Framework, a key element of our London Office way of working is how we engage with our partners and ensuring that our relationships are fulfilling their potential. One of our partners in London is London Higher, the regional association for Higher Education in London. Diana Beech is the new Chief Executive and together with her team, Diana is creating a strategy for London Higher which encompasses her wealth of political and HE knowledge all for the benefit of London’s universities.

Part of this strategy involves enhancing London Higher’s current network offering to its members and I am delighted that we have an extremely strong group of representatives from across UCL agreeing to join forces with London Higher. This will ensure that not only have we greater insight into the London HE sector, but in turn are part of creating and contributing to new research and collaboration opportunities. I am also delighted to share that I will be taking on the role of Executive Chair of London Higher’s Research Excellence Network, working closely with the Chair Andrew Jones (City, University of London) to explore the themes of the group, in particular around London universities research impact.

Finally, I am excited to share with you our involvement in the Future Cities Podcast which will shortly be launched by UCL, co-produced by Communications & Marketing with The Bartlett, UCL East, Office of the Vice-President (Advancement) and our Pro-Vice-Provost (London) Office. The podcast aims to critically explore the uncertainty and complexity arising from our collective urban futures. It will seek to establish leading-edge conversations relating to cities of the future, examining themes such as technology, climate, health and wellbeing, politics and society. The series is kicking-off with a focus on London and I am delighted to be part of the first episode alongside Dr Jonathan Reades (CASA, The Bartlett) where we will delve into the topic of post-pandemic, post-Brexit London. The first episode will launch on 4th May and can be accessed here.

Forging strong bonds with our new neighbours has been crucial to UCL East since the very beginning.

Since the success of the London 2012 Olympic Games and its impact on the regeneration of East London, particularly Stratford, UCL has been a key player in a transformational project to create a world-class hub for education and art in this exciting and revived part of London.

As a new cultural and educational district “East Bank” emerges on the Queen Elizabeth Olympic Park (QEOP) with UCL East, UCL has an unprecedented opportunity to create impact and real change in London, by playing a vital role in the social and economic development of the east of London as a leading centre of engagement, learning, research, innovation, and enterprise.

The vision for UCL East is to create a new model of a campus firmly located and embedded within the local community, for mutual benefit and for the long term. UCL East aims to be an open, accessible to all, publicly engaged campus that links with its surroundings and the environment, the waterside, canals and the Queen Elizabeth Olympic Park.

UCL East is immersed in a wonderful setting of restored rivers, waterways and wetlands, lawns and meadows, all on our doorstep. The Park is one of the most biodiverse man-made landscapes in the UK; our UCL East site is home to one of the most attractive and biodiverse fantasticology meadows on the Park.

Working with Professor Kate Jones (Life Sciences) and Blanche Cameron (Bartlett), we have developed a Landscape Strategy for UCL East in line with the Biodiversity Action Plan, Natural Capital strategy and the QEOP Park Management Plan, to preserve the Park and to address sustainability and nature conservation goals for London.

The Queen Elizabeth Olympic Park plays a crucial role for the surrounding communities. One of our key spaces for engagement at UCL East will be the Urban Room & Memory Workshop, which builds on the experience of UCL’s cross-faculty Urban Lab. It will be a space of debate and engagement, where exhibition, performance and immersive learning will enable students, researchers, and the public to explore issues around the materiality, history, infrastructure, and social fabric of the urban environment with a special focus on creating new digital, oral, and public history archives with community partners.

We have already started engaging with local communities, through an ambitious programme of public, community and school engagement that has been bringing together colleagues from across UCL. Slade students have delivered workshops on printmaking to school pupils; Engineering students have tutored hundreds of school children, including virtually for more than 4,000 hours since March 2020; UCL Culture organised workshops for families at the Queen Elizabeth Olympic Park Great Get Together in June 2019; the Grant Museum opened its doors for scavenger hunts to spark Year 5 students’ imaginations; students have volunteered through the Students’ Union Volunteering Service, with charities and organisations across the Olympic Boroughs; and UCL Library’s Special Collections team have delivered sessions that support the existing curriculum in secondary schools.

One of our most innovative programmes is Trellis, which connects UCL’s world-class researchers with dynamic contemporary artists and local communities in east London, to foster a pioneering programme of knowledge exchange and facilitate co-creation of artworks near the site of UCL East. While the second iteration of the programme faced difficult circumstances brought on by Covid-19, the artist-researcher collaborations flourished and have resulted in a series of powerful works, displayed and discussed at the virtual Trellis Festival earlier this month.

The five Trellis projects all identified the need to work to give a voice to local people whose stories are rarely heard. Flow Unlocked focused on the importance of relationships to autistic people and the need to rewrite damaging stereotypes about them; Mulberry - Tree of Plenty explored the capacity of the iconic mulberry trees of Bethnal Green to foster conversation about biotechnology and heritage; H Is For Hostile Environment resulted in a film which explored migration and asylum seeking in the UK; the Xenia Citizen Science Project fostered the exchange of knowledge, language and learning around bio-degradable plastic, food waste and composting among women learning English; and Light-Wave creatively collaborated with local deaf people, recognising the East London Deaf community’s history, culture and language.

With Trellis 3 currently in the first phases of match making and discovery between researchers and artists, we look forward to seeing just as insightful and inspiring projects develop over the next year.

Recently, we have commissioned artists Larry Achiampong and David Blandy, renowned for their work involving gaming, videos and sculpture, to jointly produce permanent artwork for the campus’s Marshgate building. Both are alumni of UCL Slade School of Fine Art; born and bred in east London, Larry also has a strong connection with the place

David said “Our practice is collaborative, and we love to invite others into that conversation, building stories together to imagine different possibilities and examine the world around us.” In addition to conducting research into “cultures from across the world reflected in the local area”, they will be collaborating with all the users of the building, “from local communities and research scientists through to artists and fabricators.” He added “We will create a work that reimagines Marshgate itself as a science fiction mothership.”

This commission followed the appointment, in July 2020, of artist Emma Hart, an east Londoner and Slade lecturer, to create an artwork for integration into the primary public entrance of UCL East’s Pool Street West building.

As we are getting closer to the opening of the new campus, we are also embedding our commitment to our new neighbours in our operational plans. We are working with the LLDC and other partners on the development of QEOP as an innovation district for London and an inclusive urban test bed, bringing technology and innovation developed at UCL East at the service of the community.

More information on UCL East can be found here.

Colleagues from across UCL have continued to impact London and Londoners through their research, opportunities and activities. To share just a couple of examples…

A study by UCL researchers looking at the relationship between the number of properties listed on Airbnb and the changes in house prices in the area, has found that across central London, areas with more Airbnb listings are likely to see increases in house prices. The study, published in the Environment and Planning B: Urban Analytics and City Science journal, examined the impact of ‘sharing economy platforms’ on inner London boroughs.

UCL East are hosting a lunch hour lecture today - 27th April - where Professor Ben Campkin (Professor of the History and Theory of Architecture and Urbanism at UCL's Bartlett Faculty of the Built Environment) will explore the theme of London’s Queer Infrastructure, discussing ‘How have movements for LGBTQ+ rights and equality connected with the governance of cities’ and ‘How do these populations, and the venues and neighbourhoods they identify with, feature in urban planning and development?’. The event will be livestreamed between 1300-1400 and chaired by Professor Paola Lettieri, Director of UCL East. You can join the lecture here.