We spoke to Dr Jonathan Rohrer, a neurologist from UCL Queen Square Institute of Neurology about his research which has focused on biomarkers of frontotemporal dementia (FTD), particularly in relation to their underlying genetic causes. 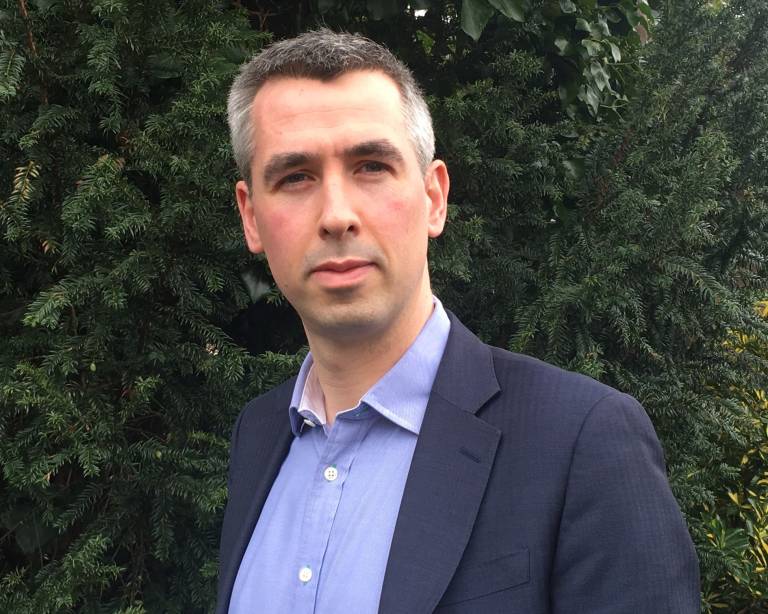 1. What influenced your decision to work in dementia research and what inspires you most working in this field?

I studied psychology at university and had an inspiring lecturer who would ask people with various disorders of memory and thinking to come and speak to us about their experiences. This led to me deciding to study medicine as a graduate and then eventually (quite a number of years later) to come back to studying dementia as a neurologist. I study mainly people who have dementia running in their family, and the inspiration to carry on our work comes from hearing their stories of how it has had such a profound effect on their family over many years, and their dedication to taking part in our studies to help find a cure for future generations.

2. Can you very briefly tell us about your journey into dementia research?

I first started dementia research in 2004 after meeting with Martin Rossor who led the Dementia Research Centre in the UCL Institute of Neurology at the time. He, along with Jason Warren and Nick Fox in the department, supported me to do a PhD at UCL in the middle of my clinical neurology training. Sixteen years later and I have not gone far as I still work in the same department, but now run a team of 15 researchers investigating frontotemporal dementia, a common cause of young onset dementia.

3.What are your most significant research accomplishments in this field?

In 2011 I started the Genetic FTD Initiative (GENFI) – this is a biomarker study of families with genetic frontotemporal dementia and has expanded to involve over thirty research centres across Europe and Canada with over 1000 people recruited to the study.

4. What has been the impact of your research, what did it change about the way people approach the field?

The GENFI study has shown that we can see changes in people’s brains on magnetic resonance imaging over ten years before symptoms develop. This has highlighted the need to think about starting any potential drug therapies as early as possible, and probably long before people ever develop symptoms of dementia.

5. What’s next for your research in this field?

The GENFI study has combined with other similar studies across the world to form the FTD Prevention Initiative (FPI). This group is working with pharmaceutical companies across the world to initiate gene therapy trials which provide hope for a potential cure for this illness. Excitingly, we are just about to start our first gene therapy trial for FTD at Queen Square in the next six months.