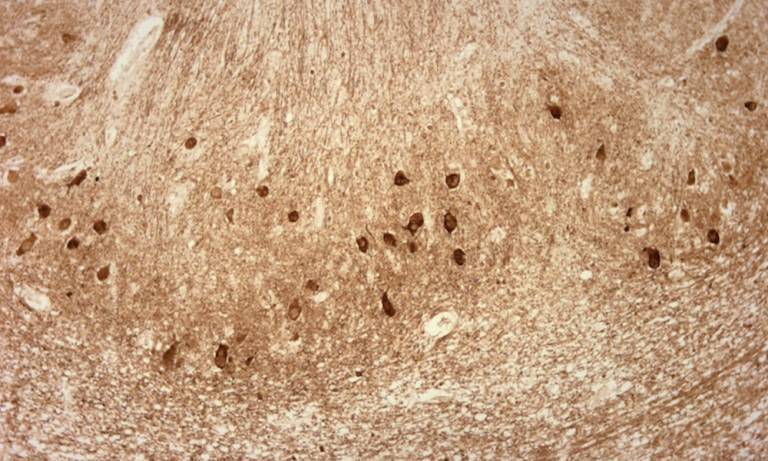 The competition, which will award $10 million in total, is designed to encourage a scientific race in pursuit of an imaging tracer to visualise the key protein alpha-synuclein in the living brain of people with Parkinson’s disease.

The team, composed of Dr Bartels and researchers from Mass General Brigham – Dr Changning Wang, Dr Vikram Khurana and Dr Stephen Gomperts –  is one of three winners of the award.

The researchers that makes the most progress during the next two years on an imaging tracer will be awarded an additional $1.5 million to continue work to bring this game-changing tool to fruition.

On the announcement Dr Tim Bartels said: “The award will be instrumental in establishing an important clinical imaging tool for following the progression of Parkinson’s disease. This could lead to the first early biomarkers of the disease and could be invaluable in establishing how well drugs bind their target and perform in future drug trials, speeding up the development of a cure for the disease.”

The three winning teams will now begin work to develop an imaging tracer which can be used in a PET scan to visualise alpha-synuclein — a protein that clumps in the brains of nearly all 6 million people worldwide who live with Parkinson’s. Scientists believe this clumping - only visible through post-mortem tissue analysis - harms cells and results in symptoms of the disease. The ability to visualise alpha-synuclein in the living brain could accelerate the development of new therapies for Parkinson’s and would be an important new diagnostic tool for physicians.

Jamie Eberling, PhD, Vice President of Research at MJFF, said: “The Foundation is committed to the development of an imaging tracer for Parkinson’s. We look forward to this team’s progress as it pursues a novel approach to tracer identification.”

The team from UCL and Mass General Brigham plan to identify new leads for visualising alpha-synuclein in people with Parkinson’s disease using a high-throughput screen of a large DNA-encoded library. This is a novel approach that will enable the screening of billions of small molecules in a short period of time and introduce diversity into the potential tracers in development. Once the team and its partners have identified potential leads, they plan to begin development and validation, including in postmortem tissue and patient-matched stem-cell models.

Dr Bartels, added: “My laboratories’ role will be in isolating Lewy bodies from the human brain and identifying compounds that specifically bind these pathological protein aggregates. Further members of the team will then chemically transform these identified molecules into imaging tracers and confirm their usefulness, first in cell models and then in preliminary clinical trials.”

The competition is funded in large part through a $7.5 million leadership gift from Ken Griffin, Founder and CEO of the Chicago-based global investment firm Citadel. It builds on MJFF’s longstanding support of alpha-synuclein tracer research.