Research project on aggression in adults with learning disabilities 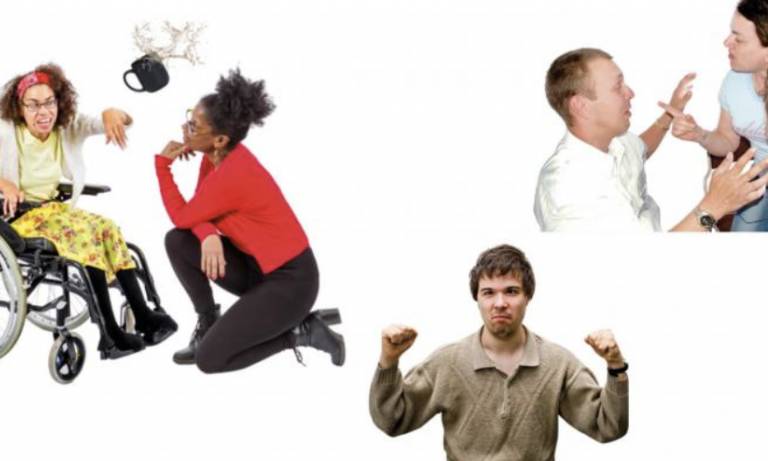 The multi-centre project, funded by National Institute for Health Research (NIHR) and led by Professor Angela Hassiotis, UCL Division of Psychiatry and Consultant Psychiatrist at the Camden and Islington Foundation NHS Trust (lead organisation), aims to develop a personalised treatment package for adults with learning (also called intellectual) disabilities who display moderate to severe aggression; an issue considered to be a major public health problem in the UK.

“These people suffer significant health and social inequalities and are one of the most underserved population groups in terms of support and access to health services, leading to increased mortality,” said Professor Angela Hassiotis.

Around 10 per cent of adults with learning disabilities in the UK may display aggression which can co-exist with mental disorders, lead to hospitalisation, reduce a person’s quality of life and social inclusion, and has significant service costs.

The research aims to develop and test a co-produced personalised treatment package for adults with learning disabilities displaying aggression that could be implemented in the NHS.

Professor Hassiotis said that current behavioural approaches do not work for all adults with intellectual disabilities who display aggression, and there are many people who remain on long-term antipsychotic and other psychotropic medications.

“Our research will be driven by particular focus on implementation to ensure that the new intervention can be delivered within health and social care settings tailored to each individual. If it were proven to be clinically and cost effective, it could then be rolled out in the NHS," she said.

Researchers at UCL will be collaborating with leading academics and clinicians from England, Scotland and Northern Ireland as well as the Challenging Behaviour Foundation, to deliver this much needed project.